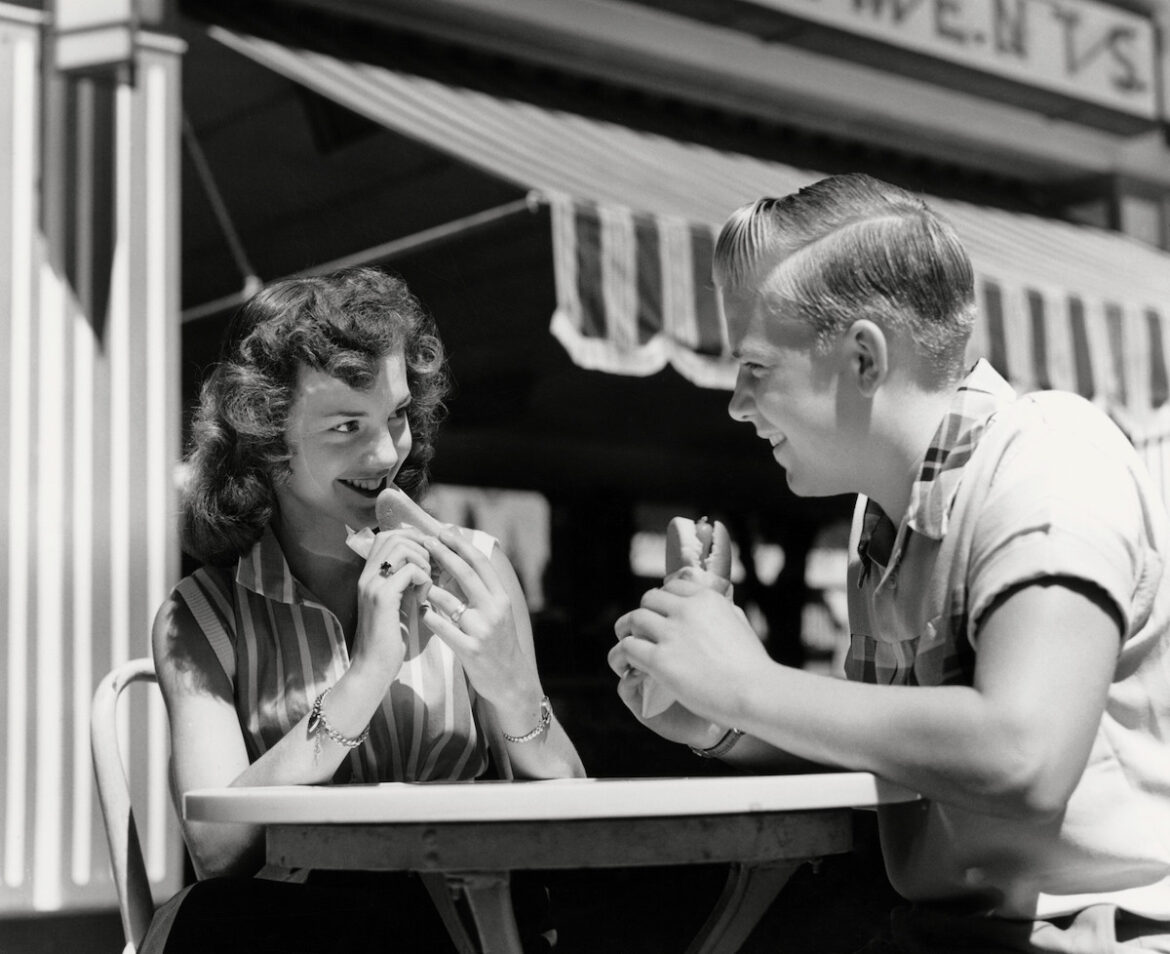 Whatever your view on celebrating the Queen’s 60-year reign, the Jubilee is pretty hard to ignore. It seems everything from washing up liquid to teabags has been branded with a Union Jack.

And as manufacturers take this opportunity to sell us everything and anything red white and blue, the country seems to have been gripped by nostalgia for the 1950s. But was it really the decade of ‘we never had it so good’?

Relationships and domestic life have changed hugely since then, but were couples happier in their domestic day to day lives? Was there less stress between couples, or where the day to day struggles to make your relationship work just different?

In the Fifties, couples married much younger. In 1952 the average age for marriage was 21 years old – it now stands at 30 for women and 34 for men. Living together was very rare and viewed by most as ‘living in sin’.

Being much younger than couples today and having never lived together before marriage meant couples only really got to know each other after they’d tied the knot. By today’s standards this seems like an enormous gamble, but did it make couples try that bit harder?

In 1952 families were still recovering from the war years – and not only the tragedy of losing sons and husbands. After the war, many women felt trapped and struggled to get used to their place being back in the home after enjoying a taste of independence and the opportunity to work during the war. This caused a power struggle previously unknown in most relationships.

Sixty years ago rationing was still in force and money arguments would have been just as common between couples as they are now. Plus women had little money of their own but were responsible for making the day to day decisions.

Most of us enjoy chilling out and spending an evening watching TV with our partner, but Fifties couples had to think of other ways to enjoy each other’s company.

But are we better off now? Research shows that TV and computers destroy intimacy – the living room becomes a place to zone out in front of each other and encourages stress hormones.

A life without much TV is a good thing for most relationships. It means more time really talking; listening to each other; and the opportunity to pursue other interests either together or as individuals.

Today we struggle to juggle everything but in 1950s once married there was little choice or flexibility.  Men were expected to be breadwinner and content to only see their kids at weekends; women were there to make their husband’s life run smoothly – their role was wife and full-time mother even if they wanted to be at work. And for those few that did work the average weekly wage was £5.

Sex was not really about pleasure. Access to different forms of contraception was extremely limited; men were expected to care for that side of things and it wasn’t until 1961 that the pill was available to all on the NHS and women could really take control.

It’s not surprising that only 3% of women who started having sex in the Fifties had 10 or more sexual partners. Nowadays, 13% of women have had 10 or more. In the Fifties the average age for a woman to have her first child was 22, so she didn’t have many years to enjoy sex without children being around.

Today our long working hours mean we may moan about having no time for each other, but in the 50s getting through all domestic chores took far longer meaning couples struggled to find time together then too.

Going out as a couple was a much more formal affair; going for a quick drink down the pub on a summer evening was rare.

Where are we now?

Things are a lot more free as of now, but there is still pressure on both men and women to be everything and to ‘have it all’. This can put huge stress on our relationships and the strain of managing it all might make us yearn for what we think were simpler times.

The pressure can seem overwhelming but it’s only the nature of that pressure that’s changed – relationships have always had unreasonable expectations placed upon them.

How we live now is by no means perfect and it’s hard to manage the ups and the downs, but we have come a long way to achieve equality and flexibility in our relationships. So this Jubilee holiday why not have some fun together and celebrate just that?