May have a Mother in Law from hell….. Should I get divorced. Please help 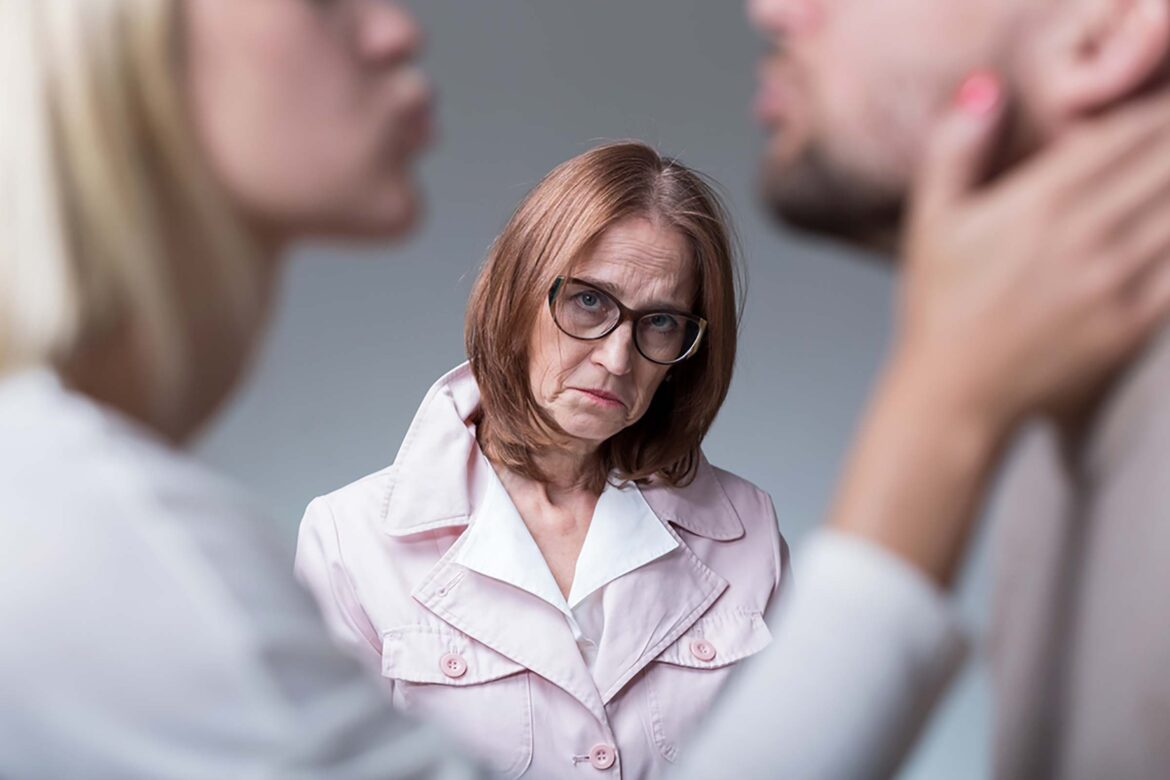 I have a dilemma that my wife is completely unaware of and I’m seriously considering divorce. My apologies if this thread is long, but I want to paint a very clear picture of what’s happening so I can get some advice and reassurance that I’m not imagining things. Here’s some background.

We’d been together for 5 years before we got married. When I met them and before our wedding, my in-laws, especially my mother-in-law, seemed to be really great. She’d cook my favorite meals and go out of her way to make me feel comfortable. We got married a year ago and things have changed completely since.

I must point out that my wife and I are from completely different backgrounds. Her parents aren’t educated (no judgment) and her father worked really hard to put my wife and her sister through school and college. I respect that.

They have, however, become what seems obsessed with both money and their warped idea of public image.

For example, just after our wedding, my mother in law called me aside and literally offered to give me half the money for new wardrobes for my wife and I. Sounds nice, although this was not just any wardrobe, but branded goods only – in her words, “Gucci, Prada, Versace… because you need to uphold an image now that you’re married”.

I’m an accountant and have a successful business, so money is not a problem, although I’m more of what-feels-good kinda guy when it comes to clothing – quality over what the label says any day. Spending thousands in something because of the brand name seems ridiculous to me. This threw me off a little and I think I started seeing them differently then. But, I thought, perhaps I’m misjudging them and being too harsh. She suggested we use the money as a down payment on a “Mercedes Benz or BMW” but I politely declined.

The signs keep coming though.

We live in different countries and they visit once a year and we visit them once or twice a year. While they were last over, we watched our wedding video and there were scenes where I could see my mother in law was clearly gossiping, nudging her sisters while pointing at my family members or guests, pretending to smile and then rolling her eyes the second they looked away or, just generally sizing people up and down with a really nasty look on her face. Again, I thought, “perhaps it’s just me”. Our Friends have seen the video too and everyone, including my family who got copies, has commented on this. I’ve watched them sit in complete shock after seeing it. I’ve watched the video over and over and am shocked every time.

But it doesn’t end there. My mother in law calls my wife all the time, 4 or 5 times daily, and wants to know everything in our lives. My wife spends at least an hour on the phone with her daily. She’s constantly asking about my family, what cars they drive, what their homes look like, and the second there’s even the slightest issue or problem, she’s calling to find out more. It seems she enjoys things going wrong. But it’s not just my family. She calls to chat about every event in my wife’s sister’s life and then calls my sister in law to talk about us. I know this because my sister in law resents her mother and confides in me. I’ve watched her confront her mother so I trust what she tells me is true.

My mother in law has openly asked about how much I earn and has even gone as far as asking me to tell anyone who asks what I do for a living, that my title is “Finance Director” because this sounds “much better” and is what she’s already told, everyone. I’m not Finance Director – I’m an Accountant and really proud of what I’ve achieved. Again, I stopped myself from reacting to her request and said nothing.

One last scenario, I promise. A few months back I invited some friends over for dinner. This coincided with a visit from my in-laws which I didn’t think would be a problem. Our friends pitched up with what I thought was a lovely bunch of flowers and a cake for after dinner. I thanked them. My mother in law hugged my guests, said the flowers were beautiful and that the cake was delicious although the second they left, she commented that she would “rather have brought nothing than this cheap bunch of petrol station flowers and cake”. She said she would be “too ashamed to bring cheap **** like that into anyone’s house”. She also spoke about their “cheap clothing”. I was completely shocked.

Now the worst part of this is, both my father in law and my wife agreed with her and shook their heads as she said these things. I thought there must be something wrong with me because I was the only person who seemed to have a problem with this.

There’ve been other events like these and they all seem to revolve around money, clothing, “image” and what other people think. I’ve spoken with a close friend about this and he thinks they’re damaged by their difficult and humble upbringing and are overcompensating for what they didn’t have or how they think they were perceived before. Makes sense. 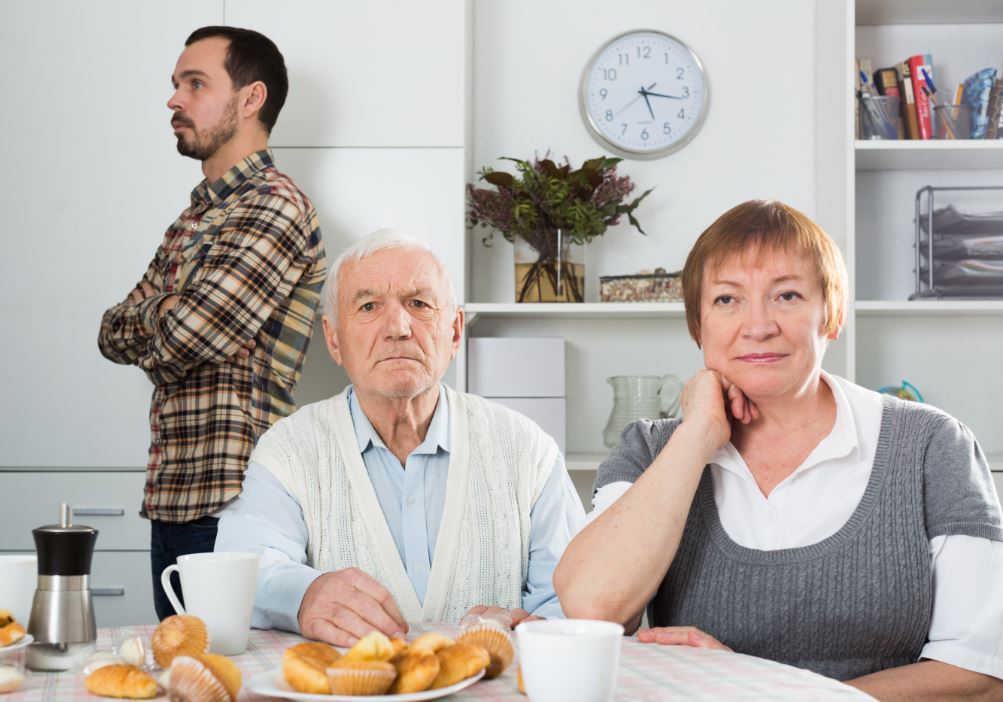 I cannot confront my wife and say that I think her mum is nasty and toxic or that I don’t want her in the lives of the kids we have. We’ve spoken about having kids and I want nothing more than my own family (with my wife) although I’m terrified of having children and having my mother in law around because I don’t want them influenced by her negativity or to have my kids thinking this way, especially because I see more and more that my wife is becoming like her mum.

I honestly feel that she’s toxic. My wife, however, views her mum as the ideal mother and a saint. She’s oblivious to all of this and thinks her mother’s intentions are honorable. She too has started making nasty, judgemental comments about people, telling people I’m “Finance Director” and gossiping in the phone with her mother all the time. I’ve told her before that sometimes, I just don’t know who she is anymore.

My wife is now trying to convince me to have her parents stay with us for 6 months of the year when her dad retires next year and to finance a new property for them in. Their own country. Their plan, it seems, is to look after our kids while we both work.

I feel as if my options for having a family are limited to starting again because I simply cannot, and don’t want to, have my in-laws around my kids.

I love my wife more than anything and I feel like there is hope for our marriage without her parents around. However, I fear that making any of this known will only hurt my wife and so, leaving seems to be my only option.

Caught cheating online too, followed on from “I am so hurt what should I do”?

An introduction to ‘mixed’ couples and their families