Sexting: How to do it right 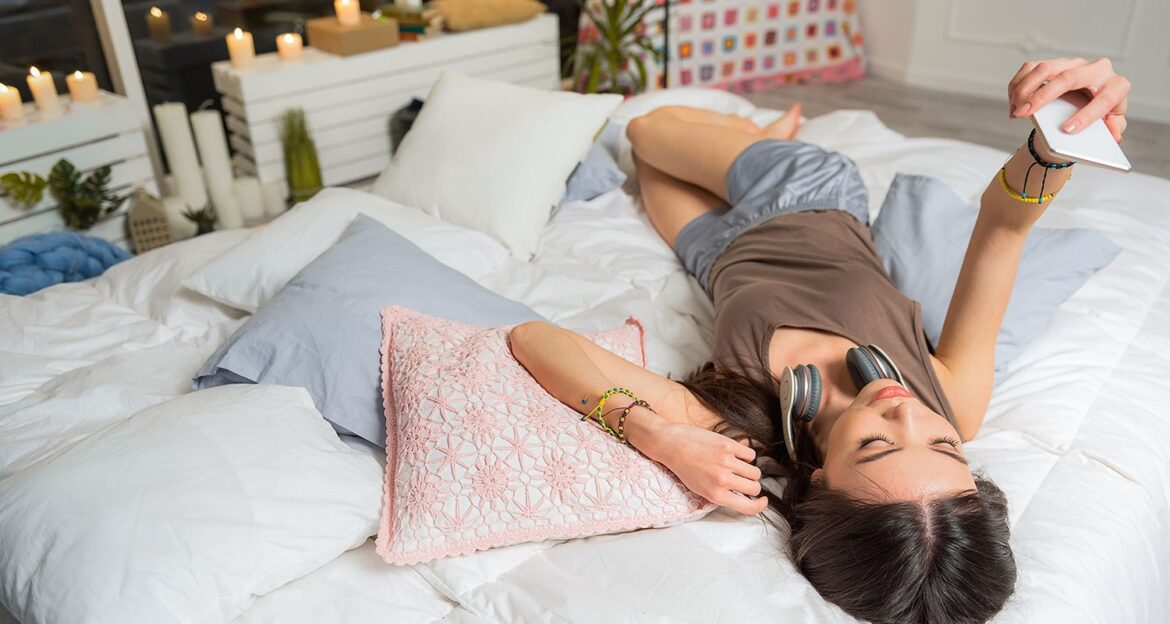 Sexting can be fun, but there’s a lot to consider if you want to get it right. Learning about the risks can help keep you and your partner safe and free from undue pressure.

When we talk about sexting, we’re including anything from sexually suggestive texts to any sexually explicit message sent by text or social media, including those with naked pictures attached [1].

Sexting is fairly common among teenagers, and even more common among young adults and university students. One report suggests that half of the adolescents have been asked to send naked pictures of themselves and one in four have actually done it [2]. These figures get higher among students and young adults [3].

OK, so what are the risks?

You may have already heard a lot about the public concern around sexting, as it’s had a fair bit of media attention. There was even a law passed that means under-eighteens could be prosecuted for taking explicit pictures of themselves.

A study in 2012 showed that the majority of teens were not happy about being asked to send naked pictures, and girls were particularly bothered by this [2].

Before you click ‘send’, make sure you’ve got consent from the person at the other end. Just imagine how you’d feel receiving a picture of someone’s bits and bobs that you didn’t want or weren’t ready to see.

Other risks include sexual harassment, grooming, and cyberbullying [4] [5]. If you send a sext, remember that it’s no longer in your control. Words and pictures can be shared, either accidentally or deliberately, and there’s never a guarantee that your sext will only be seen by the person you sent it to.

A recent study showed that more than half of university-age students had felt pressured into sexting, and had sent messages and images that they didn’t really want to [6]. In other words, even if someone says it’s OK, they still might be secretly worried about it.

Another study [7] showed that many young people – men and women alike – had actually been coerced into sending sexts. Their partners had used mild threats and manipulation, withholding affection or playing on the status of the relationship to get them to send sexts.

This was linked to other coercive behaviors in the relationship, so think carefully before you ask someone to sext you. Or, better yet, don’t ask. If they really want to sext you, they’ll do it in their own time.

And now the fun part

We did promise we’d get onto the positive side of all this, and we’ve finally made it. Hopefully, you’ll agree that all that risky stuff was worth being aware of though. Well done for making it this far.

However, despite evidence of a number of risks, there is also research to suggest that the majority of sexting happens voluntarily, within relationships, and between trusted partners [3] [5]. But it’s really worth making sure you’re on this side of the fence and not the other.

Sexting can be a really fun part of your relationship. It can be a way to maintain intimacy if it’s difficult for you to get private time together, or if you’re in a long-distance relationship, or if you just want to have a bit of sexy fun without actually having sex.

If you have religious beliefs or there are other factors that mean you can’t or don’t want to have sex, you may find you can use sexting as a way of being intimate. And, despite the risks mentioned above, you do at least know with a sext that you’re safe from STIs and unwanted pregnancy.

In a new relationship, sexting can also be a way to start introducing sex into the relationship, or just a fun addition to your flirting.

Here’s what you do

So there’s a dark side and a light side to all this. There are some really positive reasons why you might want to share intimate messages with your partner and, if you do it considerately and sensitively, it can add a fun element to the sexual side of your relationship.

If it’s going to happen, let it happen naturally, and make sure that everyone involved is happy to be involved. And that means really happy – hold out for enthusiasm.

Right, that’s all from us. Let us know your thoughts in the comments below, or on the Facebook page.

He’s leaving his wife, what should i do? I need help

Caught cheating online too, followed on from “I am so hurt what should I do”?