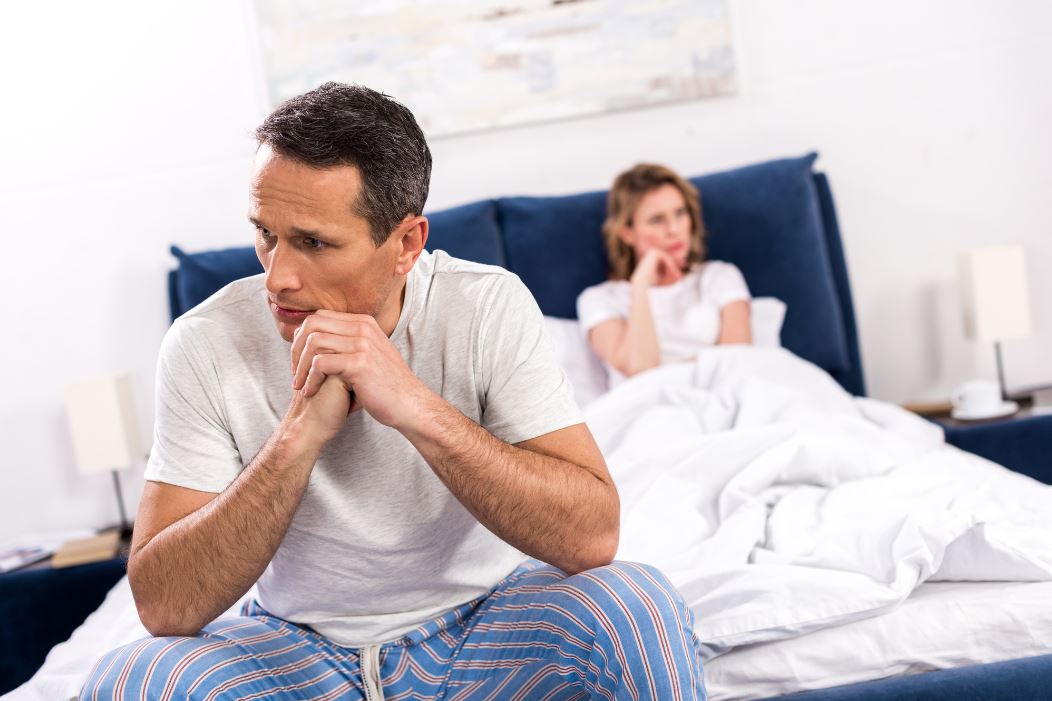 Hey, everyone, I’m having a tough time with this lately, and I would appreciate any constructive input you may have.

I’ve been with my man for four years now and we recently got engaged a few months ago. Our first year together our sex life was great and frequent, but beyond that, it has pretty much fallen off the map. I’ve brought it up to him a few times, keeping my cool but still showing my concern. He claims his libido is low, and that often he’s tired, his body can’t get to that point of intimacy, etc. I’ve been the one to try and initiate, but 99% of the time it goes nowhere. Needless to say, I’m very frustrated. I’m 24 and he is 36. I don’t want to seem like I’m being pushy with the whole situation, but it seems that nothing ever happens. He really doesn’t cuddle/spoon/etc. all that much either. I know sex isn’t the end-all, be-all of a relationship, but it shouldn’t disappear and should be a part of a healthy loving relationship.

So I’ve been (hopefully understandably) concerned for a while now. Just to give you an idea, we’ve only done it four times in the past two years. Yikes, I know. Sometimes I don’t know how I’ve dealt with it. I believe I have been beyond patient what any normal person should. He has a nice demeanor and laid back personality, but I’ve learned that a lot of things are “all about him” and talking to him about my issues can be like talking to a brick wall (I feel like I don’t get anywhere), so the whole scenario is very confusing. That being said, I began to suspect he wasn’t telling me everything. I’ve learned of his lies before, so lying wasn’t out of the question. So a couple of months ago (after dry spells with no end in sight), I looked in his phone history and bam. There it was. Porn. Son of a bitch. I began to shake and lost my appetite. And I cried too (still do sometimes). When your partner makes excuses why there is no intimacy and it seems that they don’t even try, then you find out they’ve been looking at porn all along, it just hits you like a ton of bricks. It’s pretty much a slap in the face.

So I went to sleep last night absolutely broken up that he felt perfectly comfortable lying to me about this issue. He said I should be able to trust him, but I really can’t now. I feel like my next step would just to flat out tell him that I know, that last night was the calm before the storm. I’m setting myself up for him to be extremely pissy and defensive, but being as he lied about it I don’t think he has anyone to blame but himself.

Well, I could go on longer about this, but I guess I’ll stop there for now. I actually could hardly sleep last night having watched the man I love fabricate that elaborate lie right in front of me (he’s very articulate and very believable if you don’t know any better). Running off my frappuccino right now, hopefully, I’ll sleep a little better tonight.

Need help ending my affair with my boss!!!

I am insecure, unhappy, jealous, and overwhelmed =(