Home Housework What other couples say about housework
Housework 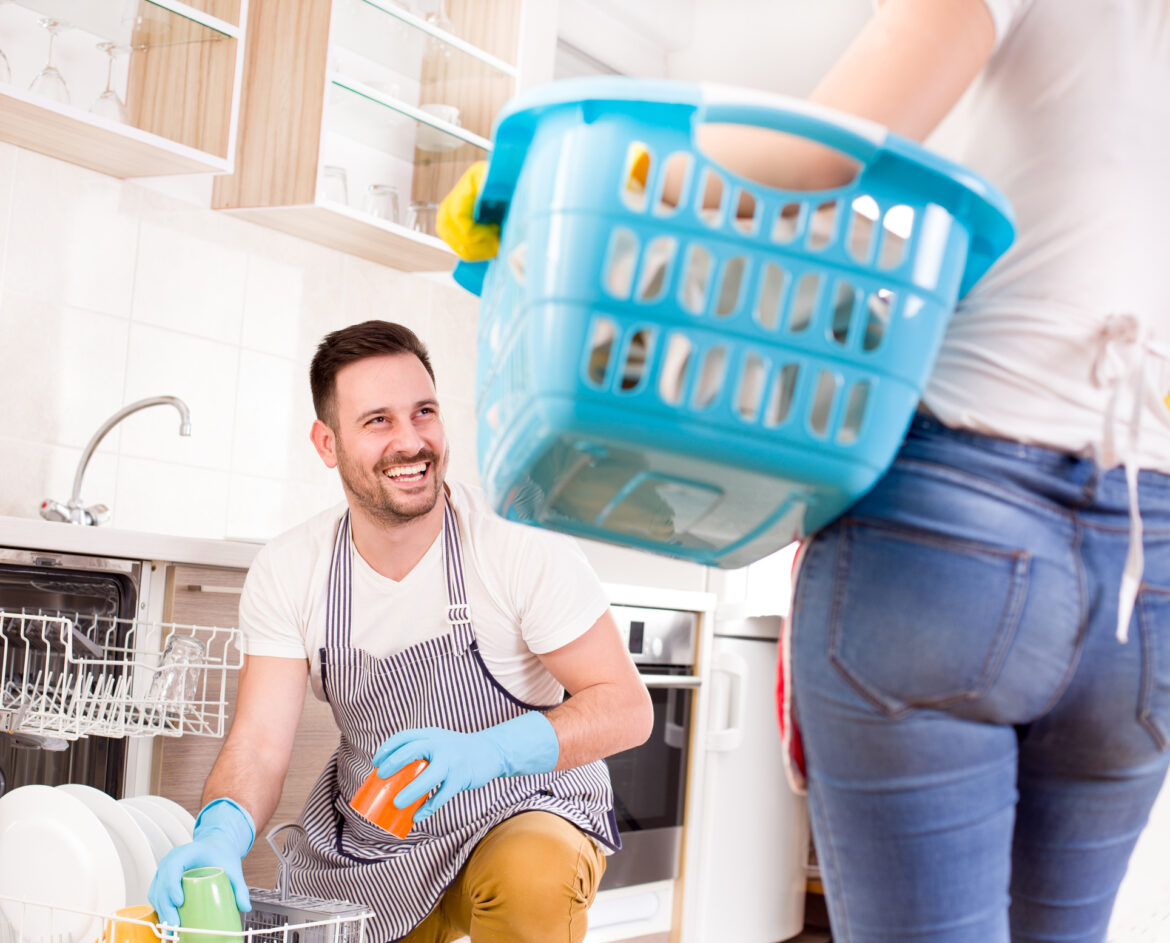 Who does what in the house can cause no end of rows, which can lead to relationship issues if left unchecked. Whose turn is it to wash up, take out the bins, change the beds, cook dinner … and the list goes on. Fitting in all the household chores and making sure you both do your fair share can be difficult and can cause bickering, arguments and even full-blown rows! Tensions can build up without us even realizing it and explode when we least expect it. It may seem like something small but being able to resolve those little niggles can really help. Below you will find quotes from couples who find dividing up the chores a bit tricky!

Tony, Somerset
“We thought we’d sorted out this issue of equality, but guess who climbs onto the roof to fix the drainpipe and shoves his hand down the drain to unblock it?”

Liz, Yorkshire
“Nobody told me I’d have to remember all his relatives’ birthdays and anniversaries. I’m sure I get the blame when my mother-in-law’s card doesn’t arrive.”

Brian, Ipswich
“I got this frantic phone call at work. She’s terrified of daddy-long-legs and she was stuck in the bedroom with a ‘giant one’. I rushed home and got rid of it. It wasn’t a major threat, but it was nice to be able to get it.”

Natalie, London
“This sounds so petty, but it really bothered me. I used to feel really resentful cause I did all the washing, cleaning and stuff. We have two children so you can imagine – that’s quite a lot of clearing up. Well, Chris likes cooking – so he did all the cooking, and he felt that that meant I should do the washing up – you know like half and half. But you see, I don’t mind cooking – but who likes washing up? So he did something he liked doing every night, and I had to do something I hate every night. How is that fair? He just didn’t get it. So I did all the washing up, cleaning and laundry – basically all the rubbish jobs.

Plus he said that in return he did the big jobs like decorating and doing the garden. Really I’d have liked to do those things too, together. It infuriated me that he said it was a fair division of jobs but he got to do all the ones he likes and I got the horrid ones.

This had been irritating me for ages – like years, pretty much since we moved in together. And one day I just snapped and yelled at him and said it wasn’t fair. He looked so shocked – I suppose it was funny really cause all that time he’d been thinking I liked doing the laundry, I mean honestly who likes doing laundry. Now we share the good bits and the bad bits – it still annoys me though when he tries to help me cook!”