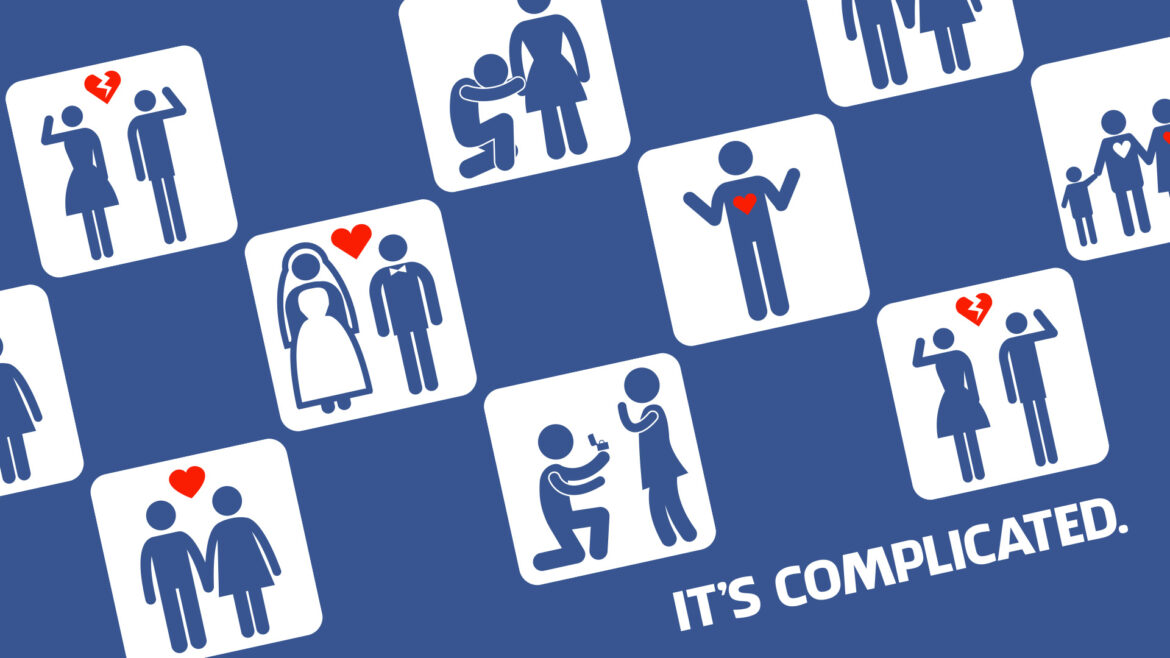 When people list their relationship status as “it’s complicated”, you may wonder what could be so complicated about it. Surely you are simply ‘single’ or ‘in a relationship’, right? Well, new research has emerged suggesting that for young people in particular, it’s not necessarily so straightforward. Although monogamy – an exclusive relationship with one partner – is still considered the ‘norm’ in our society, more casual relationships are increasingly common for adolescents.

When someone says ‘I’m in a relationship’, there’s a good chance you’ll picture a man and a woman in a steady, sexually exclusive relationship. And you wouldn’t be alone with that assumption. A study by four authors published in the Journal of Social and Personal Relationships, confirmed that despite Western society becoming ever more permissive and accepting, monogamy is still considered to be the most desirable and ‘normal’ way to engage in a relationship.

So what’s the problem? Well, monogamy being placed as ‘the normal thing to do’ can mean that anyone choosing a non-traditional form of relationship, such as polyamory (multiple partners) or an open relationship (not sexually exclusive) may feel marginalized and excluded when it comes to sex and relationship advice and education. They may feel stigmatized or experience rejection or bullying from peers, or perhaps disapproval from parents. It can be confusing for those who may not know how to classify their relationship. And this could be a problem for an increasing number of young people today.

Despite the fact that monogamy remains the ‘ideal’ for many in society, it appears that other relationships have become much more common over the last 20 years or so. A study conducted by Jean Williams and Jasna Jovanovic for Sexuality and Culture (Volume 19, Issue 1, pp 157-171) states that “recent research on adolescent sexuality finds that casual relationships appear to be gaining acceptance among heterosexual emerging adults”. An example of ‘casual’ would be the approach colloquially recognized as ‘friends with benefits’. This is when two friends agree to have casual sex with no strings attached and continue to define their relationship as ‘friends’ rather than ‘a couple’.

A study from New Zealand into what young people define as a ‘relationship’ showed that definitions are just not that clear cut. The researchers discovered that it depends on a vast multitude of factors such as how much time the couple spend together, their emotional investment in one another and decisions made about whether or not it is ok to sleep with other people. These different considerations all contribute to defining a relationship in different ways. Boundaries are often quite blurry, making many relationships difficult to categorize – both for the couples themselves and for the people that observe those couples in society. Categorization your own relationship or give it a label could be an even more daunting task in the face of a society which holds monogamy up as the ‘right’ way to be.

Should we be concerned about the increasing informality of young people’s relationships? Studies have shown that whilst young people are not necessarily reporting more sexual partners than previous generations, they are definitely revealing a very different, more informal approach to relationships. A sociological study by Ann Meier and Gina Allen describes how these casual ways of being with another are often a stepping stone for young people who are exploring what it means to be in ‘a relationship’. They suggest that young people often progress steadily from short, casual relationships to longer relationships and eventually a single long-term relationship. Essentially, this means that although young people today may be taking a less traditional path, they tend to end up at the same destination as the generations who have gone before.

However, the fact that they may steadily move into the more socially acceptable and ‘normal’ realm of traditional coupledom doesn’t necessarily help a young person who might need support dealing with their current, more complicated relationship. Let’s face it; relationships are confusing at the best of times, even without all these extra factors to consider.

Communication appears to be the key to both understanding and navigating these shifting types of relationship. If you are supporting young people with sex and relationship issues, it may be useful to remember that these relationships could be more complex than they first appear. Couples should feel able to talk to each other about their relationship: where is it going? Are we exclusive or not? Do we present ourselves to others as a couple or as friends? Being able to talk about the relationship and its boundaries removes some of the painful uncertainty associated with more casual encounters. As non-traditional relationships become more common, these types of conversations between people become more important. Accepting that relationships can be diverse and being willing to talk about different kinds of connections beyond the monogamous ‘norm’ could prove instrumental in helping young people today to navigate the ever shifting boundaries of what it means to be ‘in a relationship’.

I can’t get my girlfriend to be sexually active