I’m torn between two men, my long distance boyfriend or a sweet guy I just met. How can I choose? 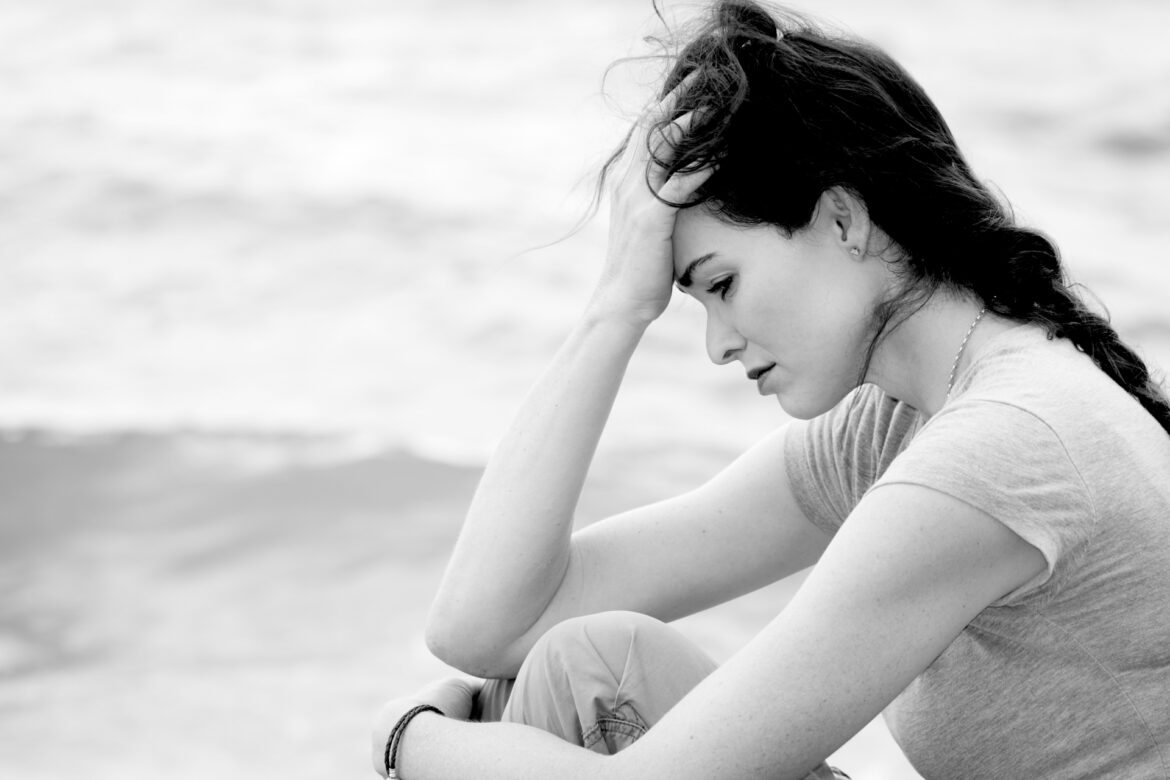 I’m 22 and I have been really depressed for the last 6 months!

I met C online on a dating site. The reason why I registered on that site is that I wanted to find friends and practice my English (I’m Russian). But I met him, and we started talking almost every day. It felt like we’d known each other for years. So after about 6 months of online friendship, he came to visit. Everything was perfect! We kissed and had sex. Just before he left he told me he loved me. 3 Months later he visited me again. I visited him 2 weeks after he’d left. Everything was perfect with us. We had a lot in common. He came for New Years, then for my birthday in March 2011. We talked a lot on skype when we were apart. We talked about the future together and our dreams. But then everything went wrong. He wanted to come in summer 2011, but then couldn’t due to financial problems. We had a huge gap ( a bit over a year), but it didn’t affect our relationship…it was hard though. In May 2012 we met in Ukraine and then went to Turkey. We spent nearly a month together. It was the happiest month of my life! When we both got back to our home countries after the holiday, we kept talking on skype. We decided I’d come and live with him. I made a CV so that he could help me find a job in England. We waited…But It turned out to be too hard for me to get a job there. He still wanted me to come and live with him. But I didn’t want to go there and do nothing and be financially dependant on him. So we stopped talking about it for a while.

There is a nice Irish pub here where I live that I really like and often go to. I used to go there lots because I didn’t want to waste my time waiting for C and not doing anything fun. He didn’t mind, because he trusted me. One Saturday night in November 2012 I met a guy (A) in the pub. I was very sad on that day because the cat that’d lived with me for 17 years died. It was the second night in a row that I spent there. He just came to me and told me how beautiful I was. I didn’t really want to talk to him on that night. He was not my type anyway. But then he found me on vkontakte.ru (Russian version of facebook) and messaged me. He told me that we actually met on Friday. I was too drunk to remember. But he said he knew I was the one. I came close to him on that day and put my head on his shoulder because I was upset.
We met once, twice..and so on. And I realized we had a lot in common. We started seeing each other very often. So eventually I fell for him. We had so much fun together. I had butterflies in my stomach when I kissed him.
I knew it wasn’t fair to C. The thought of having to choose one of them depressed me. So I chose the easiest way!! I tried to avoid thinking about that. Time passed by and I got more and more attached to A and less to C. We almost stopped talking with C because I felt ashamed for what I had done. We almost had a proper relationship with A, except I cried sometimes because I didn’t know what to do, I didn’t want to hurt C.

Then C came in February 2013, I thought it would solve the problem. I thought it would make me realize who was the one! But it didn’t, it made everything even worse. I got very confused. I couldn’t be properly with either of them because I knew I had to choose. When C had left, I went to Europe for a holiday with my sister and ex-classmate. It was an amazing holiday away from the problems. But I returned back and had to decide. I kept seeing A, everything was perfect with us in April. But in May I told C everything that had happened. We argued a lot and cried. The memories I had didn’t let me leave him, it hurt me to think I’d have to change my plans for the future. He told me he could forgive me for everything that had happened and asked me to be with him because as he said: “we are soulmates and are meant to be together”. We started talking more, he called me on the phone, sent me flowers with sweet notes. It felt like before when we were together.

A could feel the changes in me and I could tell he was very upset. He told me how much he loved me. And asked me to believe in us.

C asked me to meet him in Ukraine. He wanted to talk to me about everything and decide what to do. After a lot of thinking I decided I had to break up with C. So I thought I’d meet him, talk to him and break up nicely.

I promised A that everything would be alright with us, I just had to see C, talk about everything and calm down. I said it would help me forget about him. It was very hard for A, but he tried to trust me.

But the thing is everything was perfect last weekend with C. We didn’t kiss nor sleep. We both cried a lot at the thought we had to break up. But everything else felt just like before. We had a lot of fun. I felt so relaxed and secure with him. But then it was time to leave, I didn’t want it to be the last time I saw him.

When I got back, I didn’t want to see anyone. I cried my eyes out that evening.

A couple of days after I’d returned, I went for a walk with A. He looked so unhappy. He knew I didn’t keep my promise because I was confused again. We argued, he said he couldn’t take it anymore. I cried. But then he said he is ready to wait a little more until I decide. He said he loves me with all his heart. I can’t imagine not seeing him again.

So we’ve decided I’m not gonna have contact with either of them until I decide. Today is the first day.

It’s said that if you want to know if your partner is the one, you should imagine having a family with him/her.

I can imagine having a family with either of them.

C says that I can apply for a visa so that I can move in with him in England. And while we wait, we can meet once a month in Ukraine. (Getting a guest visa might take a few months I think). But I really am too tired to wait any longer. But it’s ok if it’s just a couple of months.

If I choose A, I can see him as often as I want. I know I haven’t been absolutely relaxed with him, I’ve always tried to control my emotions and not let out too much, because it’s a kind of self-protection after such a long relationship.

It’s been going on for so long just because I’m scared to make a wrong decision. Because I know it might be one of the most important steps in my life.

I don’t want to hurt them. But I can’t take it any longer. Please, help me 🙁

Black VR Models Are Waiting for You