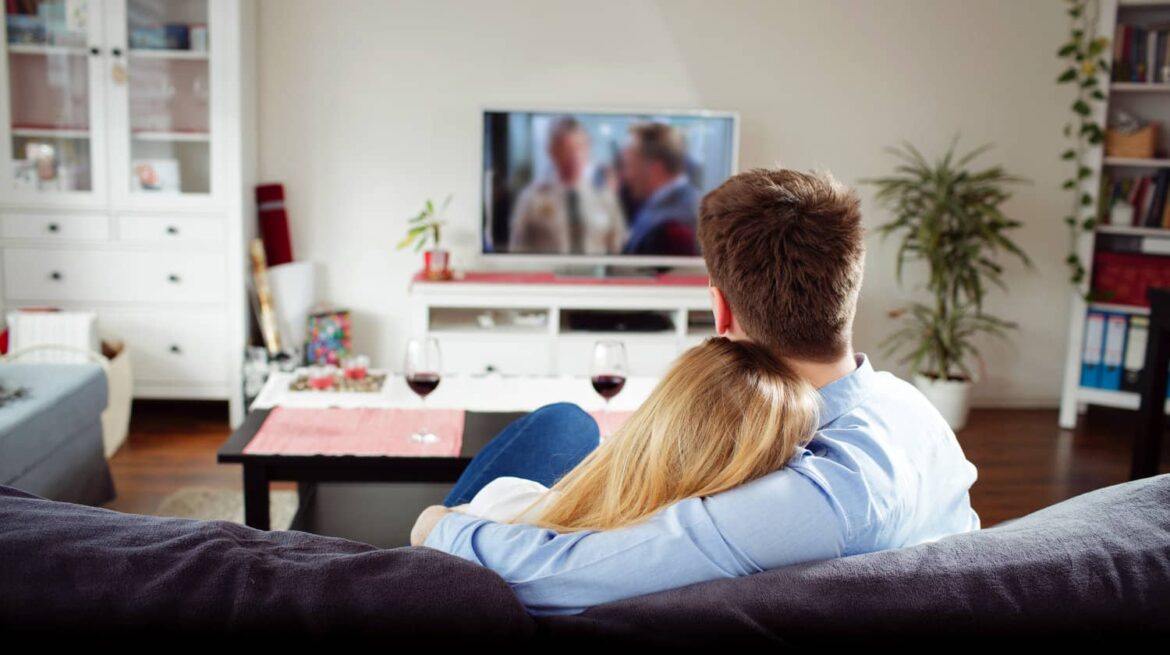 When it comes to musicals, we can’t separate them in any way, no matter if they come from Hollywood, Bollywood, Tollywood or anywhere else on this planet. It is the type of genre that has the same or at least similar standards everywhere and it simply cannot be replaced with anything else.

This genre first started making an appearance somewhere between the 1920s and the 1930s. One of the first films of this genre is considered to be The Jazz Singer which was directed by Alan Crosland. The roles were taken by the famous actors at the time Al Jolson, May McAvoy, Warner Oland, and Yossele Rosenblatt.

Bollywood followed this trend shortly after by releasing Alam Ara which was the first sound motion picture on the eastern side of the planet. It first debuted on 14 March 1931 and it became so popular that the demand for sound in motion pictures has risen to another level. Bollywood and other similar industries in India switched too.
But, we are not here to talk about the first musicals ever created, but to tell you about which of them are best to watch with your partner while you are comfortably chilling on your couch. Grab a bag of popcorn, a few drinks and get ready for some entertainment.

After watching any of Martin Scorsese’s work such as The Wolf of Wall Street, Bringing out the Dead, The Color of Money, Taxi Driver and many more, you probably would never guess that he would make a musical in his life.
Well, after his giant success with the controversial movie Taxi Driver, Martin decided to try out his talent in this genre too with the film New York, New York. This musical tribute gets an appearance from several famous actors such as Robert De Niro and Liza Minnelli as the two lead roles. You can also see a cameo at the end of Jack Haley which is a nice touch.

The plot follows the love of the two musicians Francine Evans and Jimmy Doyle. It starts with the victory over Japan day in 1945 and the huge celebration that followed on the streets of New York City. The handsome and great saxophone player Jimmy Doyle is constantly pestering the singer Francine Evans for her number. If you are interested in how their love ends in this story, you should definitely give this one a watch with your partner. 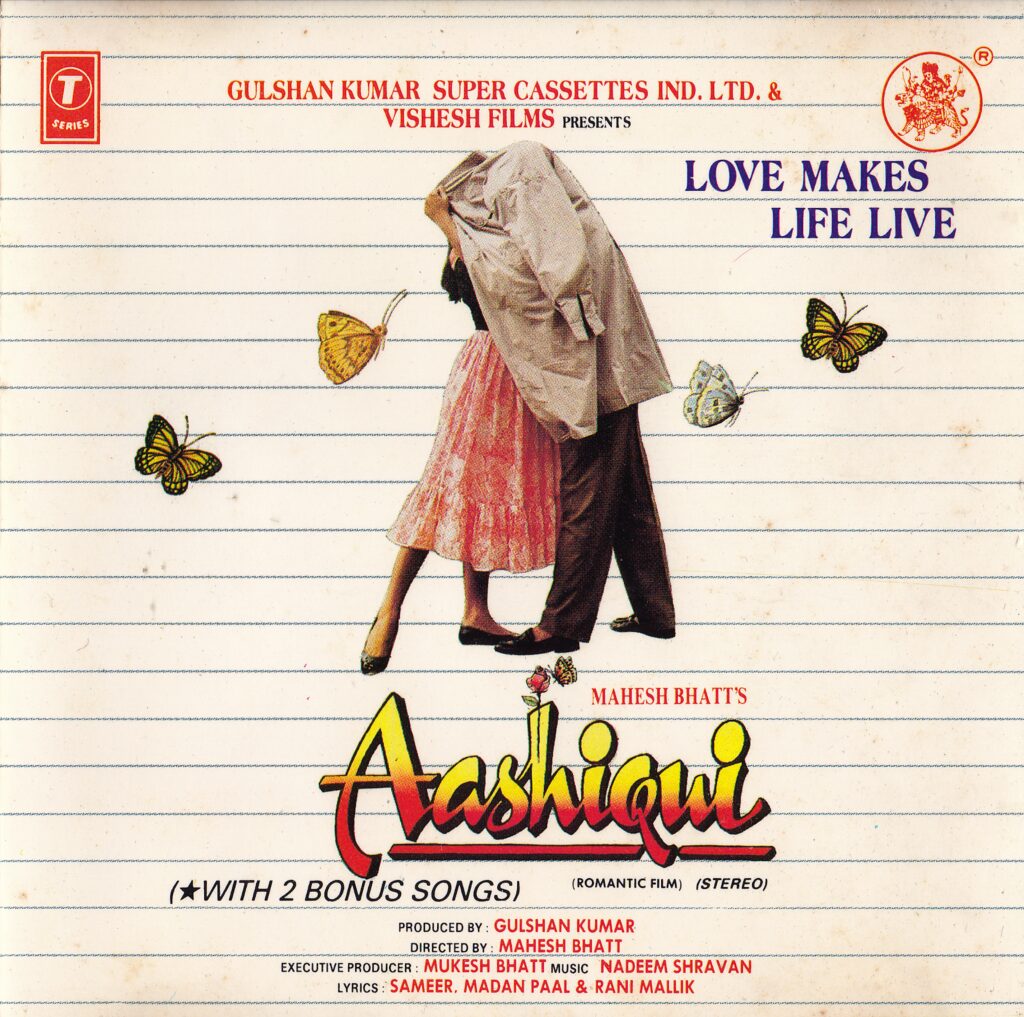 This Hindi language musical/drama was released on 17th August 1990 and was directed by Mahesh Bhatt. The composer Nadeem-Shravan was praised for the composition he created for this motion picture. The singer Kumar Sanu also got the start of his career with the release of Aashiqui. The soundtrack album was loved so much by the people that it was several weeks consecutively on various top 100 charts. It was even rated as the fourth-best soundtrack album of all time.

After its release, the album sold more than twenty million units which quickly grabbed the spot of the most sold one in entire Bollywood of all time. Even today, after 30 years, it still holds that number one place. If you want to check out the songs from Aashiqui, you should check out pagalongs.

The plot follows the story of the two characters Rahul (played by Rahul Roy and Anu (Anu Aggarwal). Rahul is a young adult who slowly becomes angry at his father for making the decision to find a new lover and then even marrying her. This made him so angry that he entered into a rage that pushed him to destroy all of their mementos of their deceased mother. Rahul continues to break things until finally the police arrest him and take him to the police station.
Simultaneously, we are also following the life of Anu who resides in a girls’ hostel which is quite oppressive. The entire hostel is run by Arnie Campbell (Tom Alter), who sets those oppressive rules. Once Anu had enough of this lifestyle, she decides to run away, but is quickly reported to the police and then finally caught so that she can be returned to the hostel.

This is the moment where the stories of these two characters collide and fall in love at the police station. It is a realistic story and will definitely hit yours and your partner’s emotional spot while watching it. If you have already watched this one, then you will be happy to hear that it was followed up by a sequel in 2013, although it follows a different theme and different characters

A legendary musical fantasy motion picture and a classic. Almost everyone has either watched Mary Poppins or has heard of the film at least.

One of the reasons why it became such a hit was because it was produced by none other than Walt Disney. It was also directed by Robert Edward Stevenson who was quite a popular English director at the time. What’s great about the whole Mary Poppins experience is that every scene was shot at the Walt Disney Studios. The London streets that you see in the background were all just images or sets.

The motion picture features Julie Andrews as the lead role Mary Poppins who is a caring woman that descends from the skies to assist the Banks children after they put up the advertisement for a nanny. At first, she comes across as very strict and authoritarian, but once the children get to know her better, they found it she is a very kind and loving person. The children Jane and Michael Banks are played by Karen Dotrice and Matthew Garber respectively.
This musical was nominated for 13 Academy Awards and won 5 of them, including the Best Picture award which was the only one of that type Walt Disney earned in his lifetime.

Whether you choose Bollywood or Hollywood, or whichever of these movies, you will definitely have a great time with your partner.

9 Organization Tips for Couples Moving in Together – 2022 Guide

How to Make Sure Your Business Doesn’t Interfere...