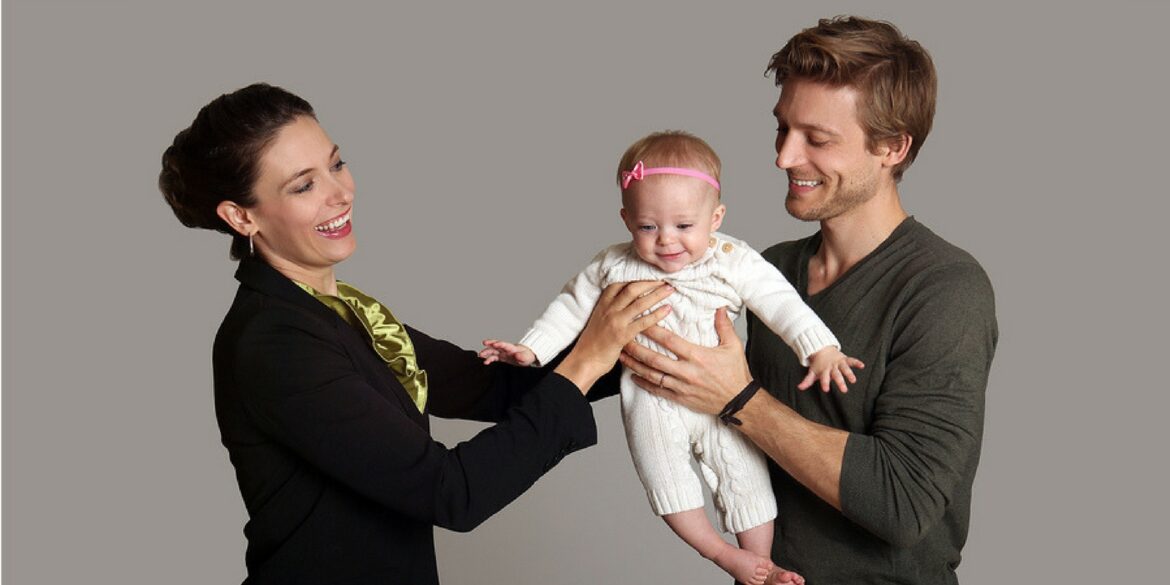 You may have heard a lot about Shared Parental Leave (SPL) in the last week. The new rights, which allow both parents/partners to share up to 50 weeks of leave between them after the birth or adoption of a child, came into force from 5th April 2015. But what does it mean for couples and their employers?

For the sake of this article, we’ll refer to the parents as birth parents, but Shared Parental Leave is accessible by same-sex couples and adopting couples too.

Mothers used to be entitled to paid maternity leave for up to 52 weeks after their child’s birth. Fathers were entitled to 2 weeks paid paternity leave and something called Additional Paternity Leave for up to 26 weeks, but only if their partner returned to work. Now, this has been scrapped and replaced with the opportunity for parental leave to be split between the parents (or partners). The decision is left to the mother to decide whether to keep her maternity/adoption leave under the old rules or to ‘trade-in’ her maternity leave for SPL.

How does SPL work?

Up to 50 weeks of leave – 37 of which is paid – can be shared by parents if they meet the eligibility criteria set out by the government. Mothers must still take the first 2 weeks of their maternity leave – this is mandatory. But after that, the maternity leave could be ended and the 50 weeks can be converted into shared leave.

For example, a mother may take her first 2 weeks of mandatory leave, followed by an additional 10 weeks of maternity leave. She could then end her maternity leave, converting it into SPL and giving the couple 40 weeks to take between them. The mother may stay off work for 30 of these weeks then return, allowing the father to take the remaining 10. Alternatively, they could take 20 weeks together.

These weeks of leave can be taken in chunks at any time before the child’s first birthday or first year anniversary of adoption, but 8 weeks notice must be given to employers and the number of periods of leave is capped at 3 per person. This means that parents couldn’t, say, take a week of leave, then work a week, take another week of leave, etc. The cap is there to stop things from getting too complex. Parents and partners need to, therefore, approach their employers (eight weeks in advance) with a considered time plan.

Who does this apply to?

It is estimated that this new law will apply to 285,000 couples in the UK.

To qualify for SPL, you must both share responsibility for the child. Also:

There are special rules for self-employed people or those whose partner is not in work at the time of the birth – see YouGov for more details.

What happens with pay?

SPL pay is £139.58 a week or 90% of an employee’s average weekly earnings, whichever is lower. There is a possibility that an employer may offer more.

SPL only has 37 weeks paid. The remaining 13 weeks of leave entitlement, if taken, is unpaid.

If it’s helpful for you, Gov.uk has a parental leave calculator on their site, which is nice and easy to use. You can find it here.

18 months ago, when Deputy PM Nick Clegg announced these changes, he suggested that they would put an end to the old-fashioned assumption that the mother should be the main or sole carer for a newborn: “For too long, mums have been told their place is at home with their child, while dads return to work. I want parents to choose for themselves how to balance work and family.”

In theory, the flexibility offered by SPL means that fathers can take more time to bond with their new baby or adopted child and be more involved with child-rearing and supporting their partners. Mothers can return to work earlier, or stay more connected to their work. This can be especially helpful if they are the main breadwinner, or if they are worried about missing career opportunities. Taking time off together to look after a new-born could make life a lot easier for the new mum, especially if there are other children in the household.

SPL may help women feel they don’t need to choose between career and family and may help men feel more able to step back from work and take time being a hands-on father. Many supporters of the new arrangement look to countries with better gender equality in employment, such as our Nordic neighbors Sweden and Iceland. Studies in these countries have pointed out that, in general, this sort of flexibility is beneficial for the whole family(1). Men in Sweden have been able to take advantage of shared leave since 1974 and Iceland offers a ‘3-3-3’ model where parents get 3 months’ leave each plus a three month period to take together to look after their baby.

One of the main problems with SPL is how complicated it seems to be: businesses will probably have a bit of an HR headache in the first few months of implementation. Some have also suggested that small businesses will find it difficult to withstand employees taking chunks of time off instead of returning to work after the statutory minimum days.

Financial institutions have speculated that to be able to afford the SPL packages, companies might cut down on enhancements they currently offer as part of maternity leave packages, which could put mothers who do not want to take SPL at a disadvantage.

There are questions about how many people will be eligible for this: the Trades Union Congress (TUC) suggests that 2 in 5 fathers will be unable to take advantage of SPL as their partners are not in work.

An article in The Observer criticized SPL for ‘not making financial sense(1), pointing out that where men are still the main wage earner, it would be unlikely that they would sacrifice their pay for time with their baby. Many have suggested that fathers need not just the opportunity and the right to shared parental leave but some sort of enticement to take it, such as an enhanced pay package – which some employers may well offer.

In these early stages, it’s impossible to tell what the future holds. The new rules could mean a narrowing of the gender pay gap, more hands-on fathers and more harmonious households, with couples able to have more control over how they manage their work/life balance with childrearing or adoption. The rules could also turn out to be quite difficult for businesses to implement.

Alternatively, the new rules might not make enough of an impact, at least not in their current form. In a recent survey(2), 41% of couples said they would not consider SPL as it stands, but 80% said they would change their mind if their employer enhanced the package and offered more than the statutory minimum pay. Another survey of FTSE 100 companies(3) revealed that 63% of employees would consider SPL, but again this depends on what the employer is offering above the statutory minimum.

Many are in agreement that this new arrangement is a step in the right direction for the UK in terms of gender equality, promoting families and finding a work/life balance. But it is very difficult to know what the future holds. Although shared parental leave might be a welcomed in spirit, in practice we will have to wait and see how many take advantage of it and what effect it has on couples and wider society.

For more detailed information about how SPL might affect you, either as an employee or employer, see links below:

9 Things All Couples Forget When Planning a...