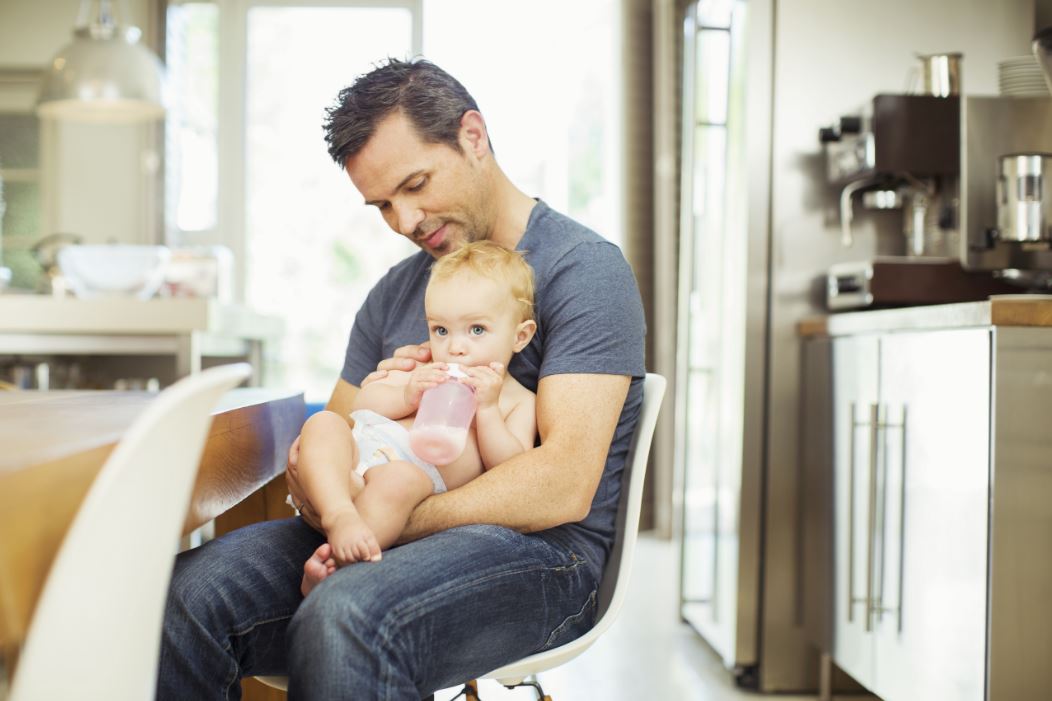 Despite mums traditionally dealing with the majority of childcare, a new study has revealed that three-quarters of men would be happy to quit work during their son or daughter’s first year so that their partner can return to work.

And almost one in twenty men are already responsible for looking after their children while their partner goes to work.

It also emerged that 72% of women would be happy for their partner to look after the children with 65% worrying about the effect on their career of time off work.

The statistics emerged in a study commissioned by national law firm Irwin Mitchell a month before a change in the law which will see couples having the opportunity to share parental leave.

These results show the new laws designed to encourage parents to share time off work following the birth of their child might prove more popular than government predictions had previously stated.

Irwin Mitchell employment partner Glenn Hayes said: “For a long time now, the traditional roles have seen dads returning to work just days after their baby has been born, while mums take a year or so away from their career to look after the children.

“But it’s becoming easier, and more acceptable, for dads to take on the role of caregiver, while mums become the main breadwinner. It seems the majority of men are happy to have it this way around.

“Thanks to changes coming into effect in April, working couples will be able to share that period of leave over the first year, meaning neither one has to miss out on such a large amount of time away from their career or baby.

“Shared parental leave is one of the most significant changes to flexible working rights but it is still uncertain how many families are expected to take up the new right.

“According to Government projections, as few as 5,700 men will apply over the next 12 months, but the figures in this survey suggest that the appetite for doing so could be much stronger with take-up being much higher.

“So it’s important businesses and employers prepare for the changes before they come into force, and know their rights as well as those of their employees.”

The study of 2,000 men and women found 66% of men would be happy to take on the role of stay-at-home dad, while another three quarters would happily work part-time to allow their partner to return full-time.

One in twenty said taking the time off work will be less detrimental to their career than that of their partner.

Other reasons men want to take on the childcare role include it being easier for them to work around school or nursery hours than their partner.

Sixty-one% claimed they would be happy to become a stay-at-home dad, even if it had a detrimental effect on their career in the future.

But the research found that whilst most would be happy to share their decision, 23% of men wouldn’t be comfortable telling their friends about their plan to be a stay-at-home dad, while 49% would be worried about others judging them.

Glenn Hayes added: “These figures may take businesses by surprise and it is vital that they deal effectively with what is an extremely complex piece of legislation.

“It is important that employees start their conversations with their employers as early as possible. Many businesses have been slow to prepare themselves for this important change and in doing so have left themselves exposed open to the risk of mishandling requests and inviting claims for discrimination.”

Shared Parental Leave rules allow parents whose children are born or adopted from 5th April to share up to 50 weeks of parental leave between both parents during the first year.

OnePlusOne has a new service all about new parents. For tips on being a stay-at-home mum or dad or a whole range of other parenting issues, visit PlusBaby.