Relationships evolve over a lifetime 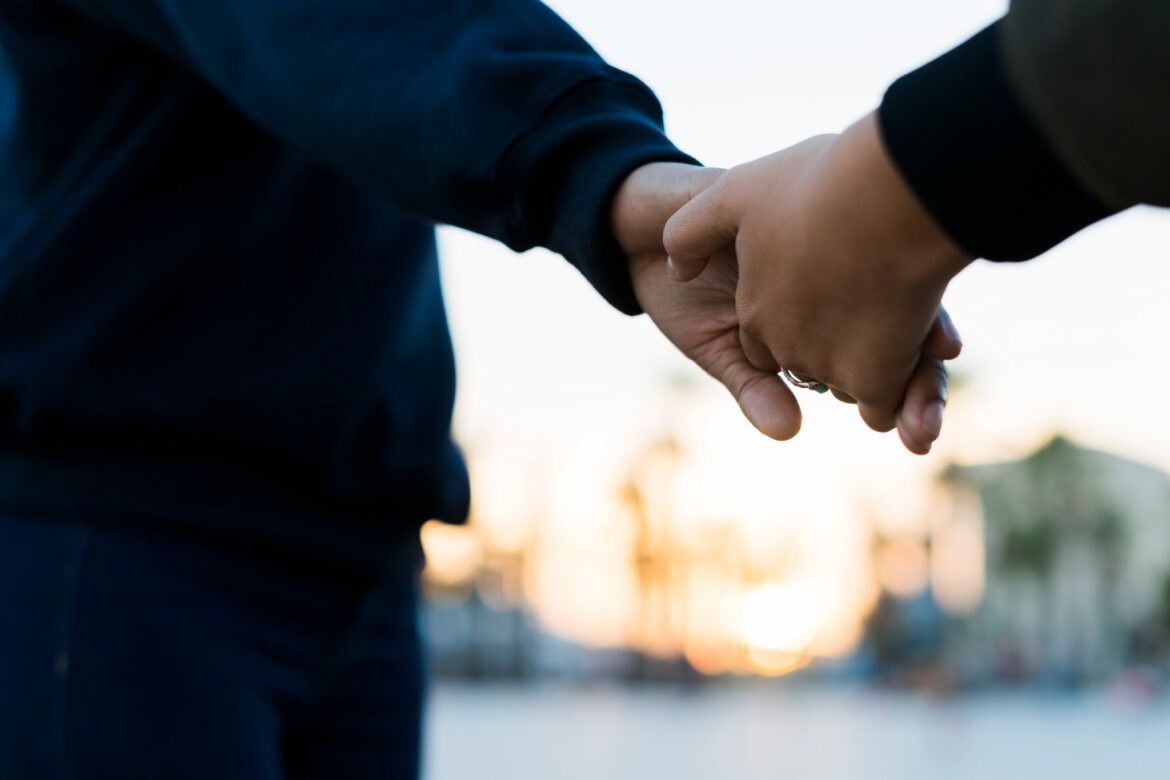 Relationships aren’t born fully formed. After you and your partner get together, you continue to grow as individuals and as a couple. There will be ups and downs and all couples go through difficult phases as they adjust to these changes. But those who make it through the tough times often find themselves stronger at the other side.

As relationships develop over time, most people try to find a balance between keeping their individuality and being part of a couple. The trickiest times are usually the transitions from one stage of a relationship to the next. Being aware of how conflict can come up during these times will help you to deal with difficult times and find a way through together.

The following model is from OnePlusOne’s booklet ‘Supporting Couple Relationships: A Sourcebook for Practitioners’, showing some of the different stages a relationship might go through. Couples don’t necessarily move smoothly from one stage to another and you might find you go back and forth, depending on various life events.

If you’re going through a rocky patch, this model might help you to see that it’s perfectly normal and that things can get better. During these difficult periods, it can help to make more of an effort to:

It’s not always easy to work through an unhappy phase but many couples do push through and find happiness again. One study found that nearly two thirds (62 percent) of people who were unhappy in their relationships but stayed together said that their relationships were happier again after they worked things through. 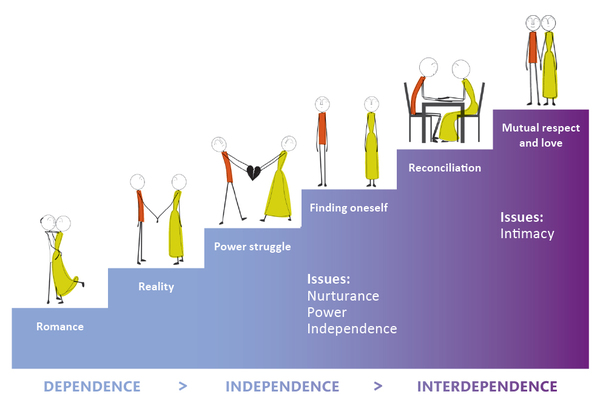 Relationships usually start out with romance, though this may come later for some couples, such as in an arranged marriage.

At this intense phase, you are building a sense of togetherness. You may overlook your differences and difficulties, feeling like everything is perfect. It can be like living in a dream, as you build the togetherness that allows you to get through difficult times in the future.

Eventually, reality hits and you start to reconnect with the outside world. It can be disheartening to realize that you are two individuals with differences. You both have to learn how to compromise, manage conflict and work through these differences.

This may not happen for you both at the same time. If one of you starts to re-establish their independence, the other may react by becoming needier. But, if you can accept each other’s need for independence, you’ll have a much better chance of developing the skills you need to deal with the challenges of the coming years.

In this stage, your need for independence grows and you may start wanting to get your own way more often. Arguments and criticism become more frequent and intense, particularly around topics like money, family, and who does what around the home.

This is a difficult stage and some couples break up around this time. But many couples work though this stage by coming to terms with their differences. Look for ways to discuss your differences and disagreements – be honest about your feelings and accepting of your partner’s needs, but keep showing affection and spending quality time together.

The next stage is another difficult one for couples, as you look to ‘find yourselves’ again. The focus shifts from ‘we’ to ‘me’ as you both start asking yourselves: ‘Who am I?’ ‘What do I want?’ ‘What do I need?’

Couples often find this stage particularly stressful because they feel less connected. It may feel like you are drifting apart because you’re both doing your own thing. You might argue more and may even consider having an affair or breaking up at this stage. The good news is that if you can accept your partner’s independence and still feel connected to them, everything gets easier.

In this stage, you’ll focus on reconciliation as you work out a new sense of togetherness. You’ll understand each other better, be more accepting and tolerant of each other and feel more committed. You’ll start to see your differences as strengths and not as weaknesses.

In the final stage, you’ll both feel fully accepted by each other and you’ll have reached a comfortable balance between being together and your own individuality. You’ll feel free to explore new ways of fulfilling yourselves instead of pouring so much energy into the relationship.

Being aware of the difficulties and dangers of each transition means you’re better equipped to deal with them and talk about them. If you find yourself struggling with one of these transitions, remind yourself that it’s just another step on your journey to the final stage and that by understanding each other’s need for independence, you can find mutual respect and love together.

This article was adapted from Supporting Couple Relationships: A Sourcebook for Practitioners; 2009.