More couples are staying in, drinking wine and watching telly 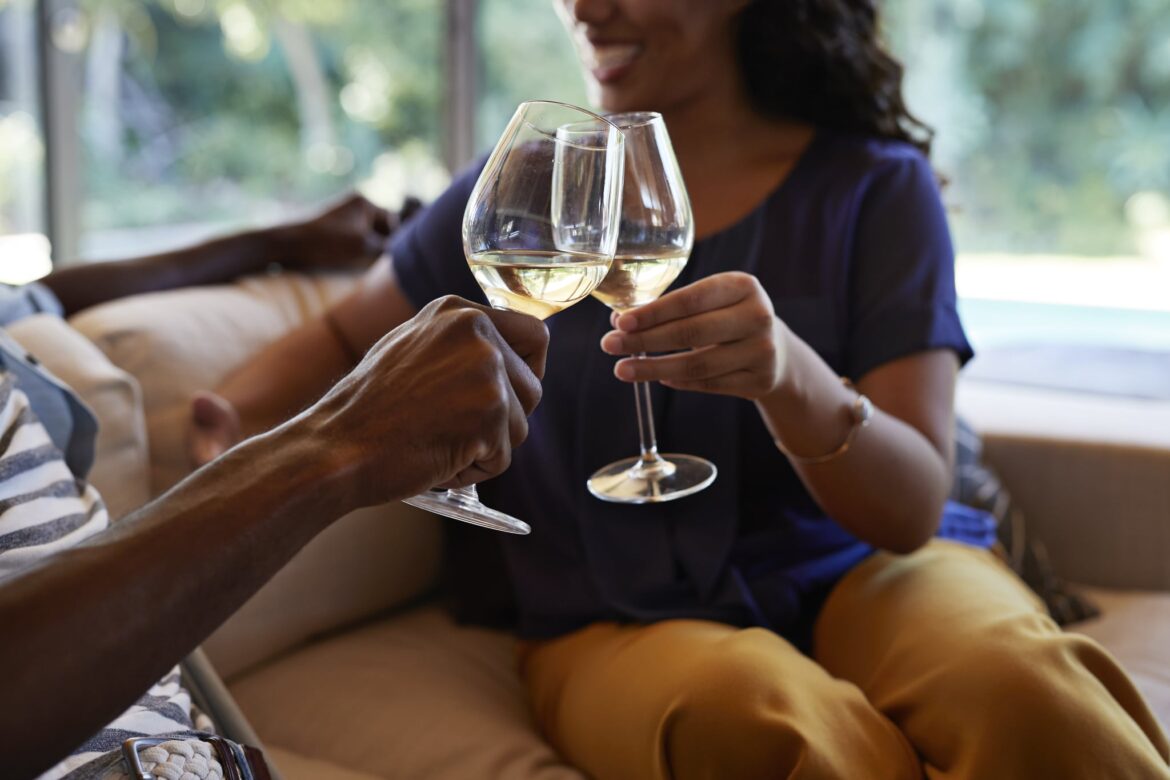 New research published by the Grocer magazine suggests that British couples are less inclined to spend the night in a pub, preferring to open a glass of wine at home in front of the TV.

According to the research, British households are spending £500 a year on alcohol at supermarkets and off-licences.

The report likens most British couples to the ‘posh couple’, from Channel 4’s fly-on-the-wall documentary Gogglebox.

‘Even if you haven’t seen the show, you’ll recognize the type,’ writes the Grocer. ‘Some of us seem to be becoming more like them.’

Apparently the strength of drinks is increasing: households are now purchasing drinks with an alcohol content of 5.5%, up from 4.8% in the previous year.

In total, households spent £11.6 billion on alcohol for the home in the 12 months leading to July 2014 – which is quite a lot of money!

If you and your partner are spending a lot of cash on booze, why not embrace Go Sober for October? Not only will it save you some money, but it could make your relationship stronger.