He doesn’t know that I know about the other woman 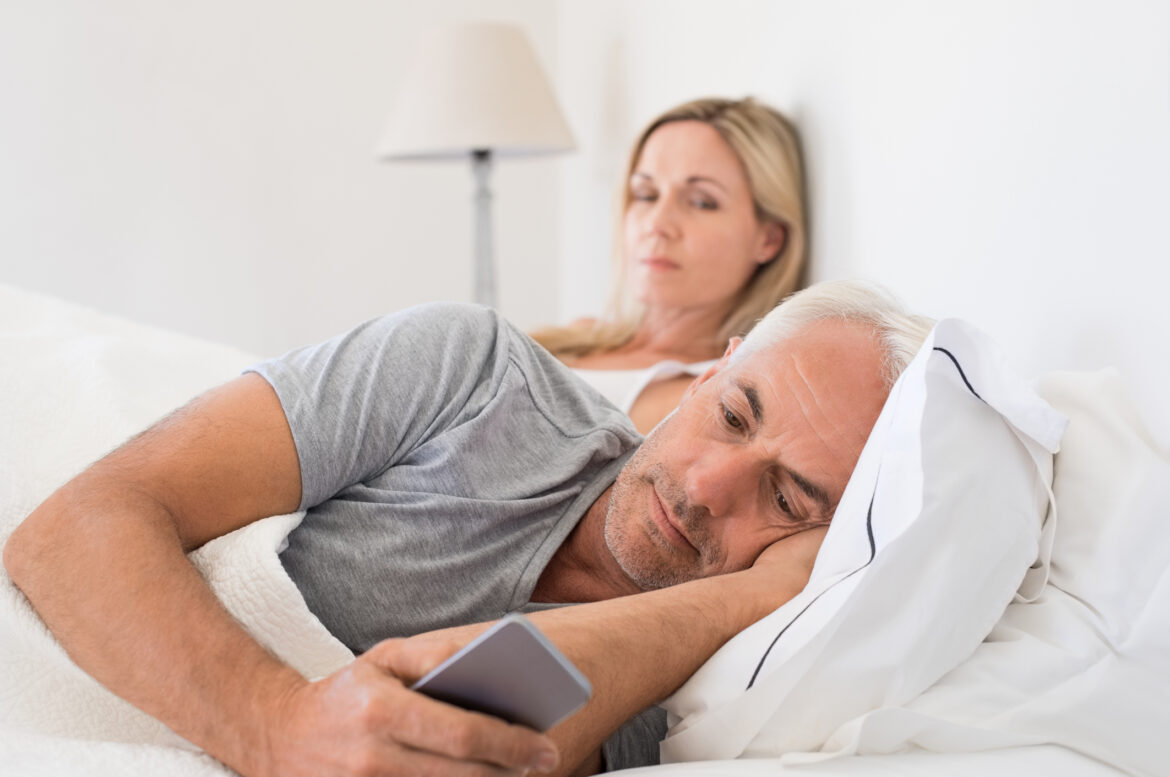 I found out my husband has been emailing/ texting/ chatting and talking to another woman! The thing is he doesn’t know that I know. We’ve been married for 3 years. We had just got back from a weekend getaway for our 3 year anniversary and he and I both knew that things have been different between us. He was practically on his phone the whole the time. Even while he was driving he was either texting her emailing her!

So when we finally got home he decided to go for a run. I was able to figure out his password to his phone and checked his email! I was surprised to find the emails. I knew things were different between us but I’d never thought he would cheat on me. I truly believed in this man. I loved him with my whole heart. What hurt the most is the email he sent to her before we left on our trip, he told her that even though he’s going on this trip that he will always be thinking of her and keep her in his heart. He also said that she is a very special lady to him. I was heartbroken. My life felt like it was ending. He got home from running and asked what was a matter with me. I couldn’t even look at him. I didn’t tell him what I knew. I just told him that I was hoping that this weekend would bring us together. And he started to get mad like what heck was I talking about. I looked at him and said, you know what I’m f***k**g talking about. You were physically there but your heart n mind was somewhere else! And so the argument started.

I was crying n weeping n he showed no concern. Somehow everything was my fault. For the next several days I checked his phone while he was in the shower. The emails sounded like they were so in love and they were meant to be. He kept telling her sweet and loving things and at the same time telling he just wants to be her friend and how special their friendship was to him. Our relationship has not been the same since. I am in this up and down emotional roller coaster. I have been monitoring our computer at home and was able to see the chat he has with his cousin. I have also been able to get into his email account that he never told me about. And only the other woman writes to him.

I found out that the other woman’s husband found out about her emails to my husband too. And the other woman was brushing my husband off. He was so devastated that day that he went for a bike ride and didn’t want to talk. I tried to ask him what was wrong but he just said that he feels overwhelmed right now. I know now that he was heartbroken because he caused the other woman problems with her marriage. I couldn’t believe he was more concerned about her needs, her emotions, her problems and not his wife’s!!!!!! They are still emailing each other. My husband still doesn’t know that I know. I keep bringing up the issue that things aren’t the same between us and that I’m not happy.

We have been trying to work things out but the more I read the emails the more I’m hurt. How can he sweet talk this woman and tell her that she brings happiness to his life and calls her his beautiful butterfly or sunshine and come home and tell me he loves me! I can’t tell him I know because I know for sure it will be the end of our marriage. He would be furious that I was being sneaky and won’t even care about the fact that he has been having an emotional affair with another woman. I don’t know if they had any sexual relationship but based on his emails to her I know he wants her. He is just waiting for her to say yes. I don’t know how to get thru this. I still love him and I haven’t gotten to the point to leave him. I’m so angry at him and at the same time, I still love him. I don’t know how we can work things out if I don’t tell him I know. I’m having a hard time living like this. What do I do????

How to Talk About Safe Sex With Your Partner

Would you join a social network for sex toys?