He can’t forgive me 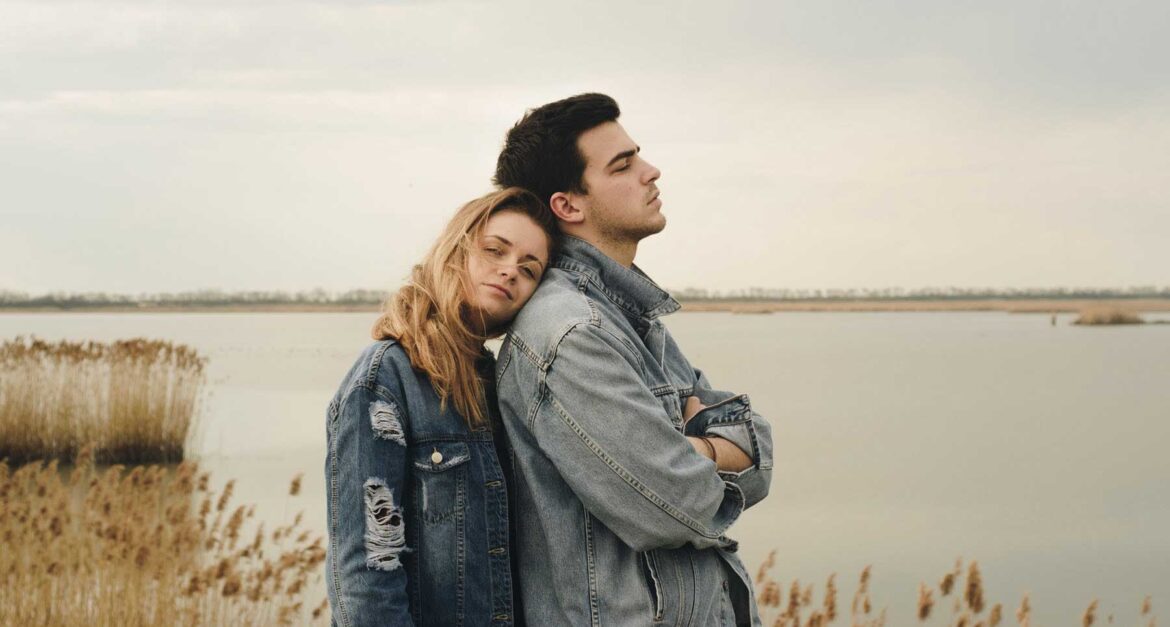 I have been with my boyfriend for 8 years and he says he can not trust me. This has been ongoing since we first got together. We have split up a lot of times and the most recent was only 3 months ago. He says he does not trust me because I have hidden things or lied in the past.

The most recent instance he brings up is I hid a picture from him and he found it 2 years later. The picture was of a person lying on a bed when I was on holiday with a friend. It was a totally innocent picture and I had hidden it because he had already told me he didn’t trust me and I was scared he would get the wrong impression (it was a male, fully clothed!) In the past when I have told him I have spent time with males (friends) he has reacted badly. But he does not understand why there were pictures of other males left in the pack.

I have tried to explain that I didn’t think they looked suspicious and the one I removed did. There have also been other occasions when I have not told him where I was going ( I actually do not remember what I told him as I was a bit worse for wear) then he has found out I have been in a lads house (with all my friends, not just 2 of us).

He did tell me he did not want to stay together but now says he regrets this but feels like he has to make a decision straight away as I don’t give him time?

I am very very confused about this and really need some advice as all my friends and family only see the fact that we have finished our relationship once again and tell me to not bother with him.

The thing is I absolutely love him and want to be with him forever. I understand I shouldn’t have hidden these things from him but he will not get over it and he has lied and done many other things towards me which I have had to get over.

I feel like he has underlying issues that he will not admit to and he is pushing these into our relationship?

Any help would be great