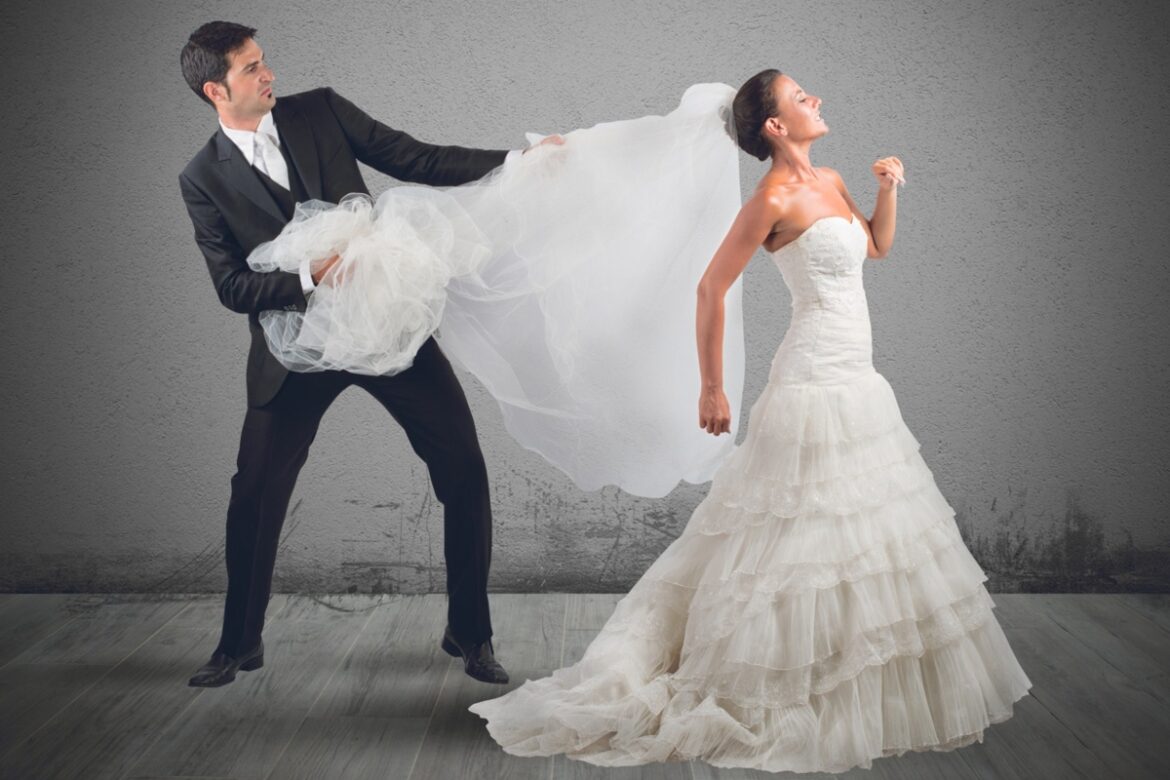 Picture this scenario. You’re in love; maybe even living together.  You cook, clean and take twice-weekly trips to Tesco together. To the outside world, you look like Mr. and Mrs. Domestic Bliss. But while you’re partner seems to like it, they’re still refusing to put a ring on it.

Of course, these days marriage isn’t the only form of commitment. Lots of couples now see having a child together as a bigger pledge than wedding vows.  Others are content to cohabit without splashing out on rings and an expensive dress. But whatever its 21stcentury form, some people still struggle with commitment.

Most couples realize that relationships can only work in the long-term with commitment from both partners. So why then do some people, despite being in love with their partner, continue to fear the ‘C’ word?

Committed relationships require compromise, but this can sometimes be mistaken for a total loss of independence. While regular all-night boozing or three-week holidays with friends are probably unacceptable for most partners, being in a committed relationship doesn’t need to mean a total loss of self. While you might spend most of your time together in the early days, ‘Finding oneself’ is an important stage in all healthy relationships, where each partner questions: ‘Who am I? What do I want? What do I need?’ The good news is, with communication most couples are able to reach a stage in their relationship called ‘Reconciliation’ when they have a good balance between feeling part of a twosome and feeling like individuals who enjoy time apart. Check out the ‘Changes and stages of a relationship’ insight for more on this.

It’s normal for people who’ve been hurt in the past to worry that all relationships will end in pain or failure. This applies to both adult romantic relationships and a person’s experience of relationships as a child. Someone who suffered loss at a young age, whether through death or divorce, may have found it so painful they’ve since learned to form only superficial bonds to avoid being hurt again. The same may apply if they’ve experienced a painful breakup or bitter divorce as an adult. For lots of people, this is unintentional, and they may not even be aware of the issue.

The timing’s not right

Some people have a mental check-list in their head of things they want to achieve before they settle down. This could be anything from getting a degree to traveling the world or earning a salary that can support a family. Men in particular often postpone marriage until they feel like they have something to offer and can be seen as the family breadwinner.

It might sound strange, but some people just aren’t good at knowing much about what they think and feel. This can stem from stressful childhood experiences that made them good at turning off painful feelings from an early age. Psychologists report that patients who aren’t good at knowing their own emotions often deny the fact they had a stressful childhood to themselves. They might avoid the difficult feelings sometimes associated with relationships by throwing themselves into activities which keep them busy and in which they’re successful, like work and sports. Knowing what you think and feel is important when considering making a commitment; thoughts and feelings are what inform and guide the big decisions in life. Without understanding what they’re feeling, individuals may be less willing to commit to things.

Whether it’s thanks to Hollywood, magazines, or good old imagination, the idea of the ‘Perfect partner’ is more prolific than ever. We want someone who’s got it all: good looks, intelligence, humor, money, charm. The list could probably go on, so why commit to one person and risk ‘settling’ for the wrong partner? The problem is, people who shy away from commitment, so as to avoid missing their chance with Mr or Miss Right, often find themselves left on the shelf burdened with the impossible (and very frustrating) task of searching for perfection in an imperfect world.

They’re not in love with you anymore

It’s hard to face, but in some cases, it’s easy to mistake poor communication skills for a fear of commitment. If one partner is unhappy or no longer in love, they may start to avoid commitment because they lack the communication skills to actually address the issue or are unsure of how to tell you they want to exit the relationship.

Did you know this about work?