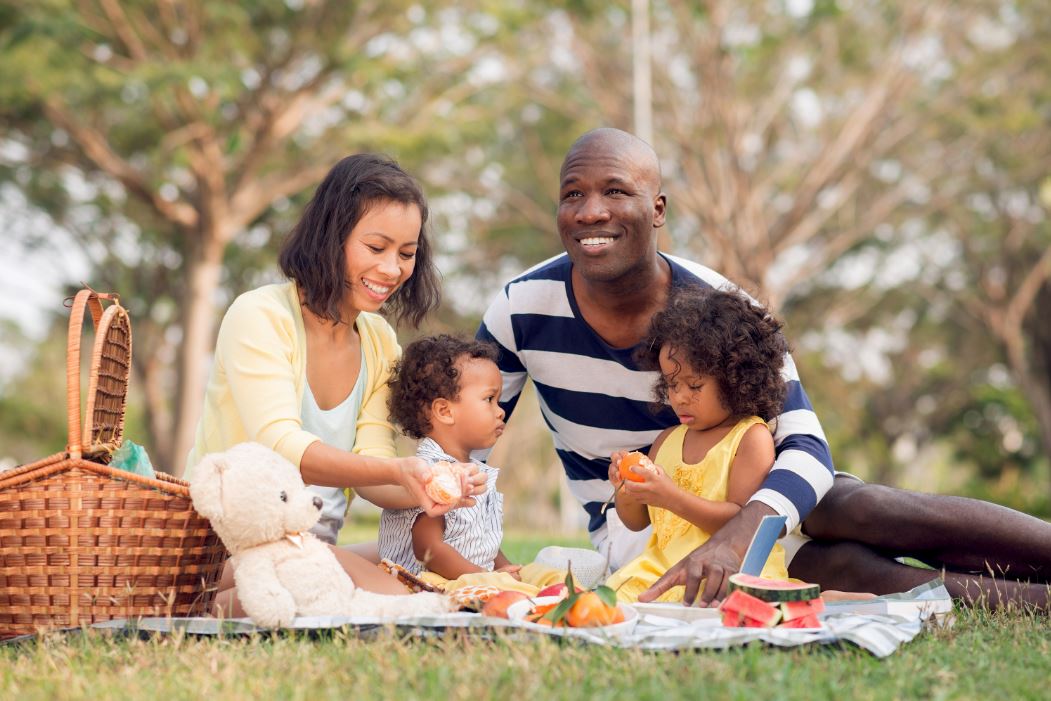 “Meeting and marrying my wife has been good for me. I didn’t know much about Africans or Ghana and their culture and traditions. My eyes and mind are wide open and I appreciate different cultures and want my family to be a part of that”. (Caribbean man married to Ghanaian woman: Goulbourne et al. 2010)

“The main thing we have in common I think is … I suppose in the political point of view … we’ve got very strong feelings about the world and how we want our children to grow up and we have very similar sorts of values which we find important in life”. (Italian woman with an English partner: Goulbourne et al. 2010)

Disapproval and lack of support from others can sometimes negatively influence the way in which couples view each other and their couple relationships:

“As soon as I had my son, everything changed. No one would baby-sit. I couldn’t get a babysitter in and [they would say] ‘you can’t get a stranger to look after your son’. I went out of my door and came down the stairs and my Mother-in-law would be there …’ He’s too hot … he’s too cold …why are you doing this? … Why are you doing that?’ And I used to answer back at the beginning because being English and independent… I didn’t really fit in although I made some very good friends who are still my friends. I hate the culture of men in bars whilst women are at home and that’s what he [ex-husband] did… I just couldn’t stand it anymore. We didn’t get on and so I came back to England”. (British born Italian woman divorced from her Italian born husband: Goulbourne et al. 2010)

Relationships with wider family: it can take time for the extended family to accept a partner who is not from the same background.

“My mother would say things like ‘Oh you’re living like animals!’ because we weren’t married (…) I think deep down she was sad that I didn’t marry an Italian. They have never really accepted [my partner] but they have come to accept him more in the past few years”. (Italian woman with an English partner: Goulbourne et al. 2010])

”We had trouble with my family about it all…because he was divorced.[My mum said] ‘He’s left one so he’ll leave you, white men, that’s what they do!’… My dad became very ‘Oh we don’t do that sort of thing’. He was worried about what the family was going to say and all the rest of it. So for quite a few years, I didn’t speak to my parents and they didn’t want to know [my husband]… [Then] they came to visit when I had the baby. He was two weeks old and they came to visit him and after that things got a little better… [Then when my cousin got married] mum spoke to my aunt, who lives around the corner, and she said yes, I could bring [my husband]. And from that day he’s been a part of the family, it was like all that past never happened”. (British Muslim from Kenyan-Indian background married to a white British previously divorced man: Caballero et al. 2008)

In some cases where disapproval from the extended family is strong and long-running, those in ‘mixed’ couple relationships may have to make very difficult choices regarding their wider family:

“I have nothing to do with my family or community. I had to leave it all behind. When I made the decision to leave it was a huge thing for me to do. I knew I had to choose between –[my husband] and my family, my culture. So when I left I said to [my husband]“there’s no turning, I can never go back, you’re my family now”. I had to start my life over from scratch, with no friends and living in a new place where I didn’t know anyone. […] Mum had a mobile number for me but she has never contacted me. I’ve spent a really long time grieving my mum, and for a while, I sort of slipped into a mild depression and I had to be put on anti-depressants by my GP. […] I have really tried to reach out to my mum. When my eldest son was born, I phoned to tell her the news. I knew she was listening on the other end of the line but she didn’t say anything, so I kept on talking but she never spoke to me once. Then she put the phone down on me, and that was it”. (Bangladeshi woman married to Caribbean man: Goulbourne et al. 2010)

For more information on the experiences of disapproval and rejection in ‘mixed’ families read the focus article here.

Bringing up children in ‘mixed’ families

As with all parents, parents in ‘mixed’ relationships have concerns regarding their children’s safety, health and financial security, and see their family lives as ‘ordinary’. When bringing up children, parents in ‘mixed’ relationships understand the difference in their families and try to give their children a sense of belonging and identity in a variety of ways.

Some parents use an ‘individual’ approach where their children’s identity and sense of belonging are not seen as linked to their particular racial, ethnic or faith backgrounds. Instead, these parents encourage their children to explore other aspects of their identities beyond these labels or categories.

“I think the fundamental thing for them is that they are … happy with whom they feel they are and able to articulate that and be a bit cosmopolitan and move things around instrumentally as well when they need to or want to”. (White British/white Other and Christian/Jewish mix father with a British Indian Sikh partner: Caballero et al. 2008)

“I never can see things with cultural differences anyway, I’m not a natural culturalist person… everyone is different and people’s characters are what they are … Viewing someone as part of a group in a way stops you from viewing them based on your experience of them as a person …And although heritage is important, if you tell people it’s desperately important they remember their heritage or they will forget who they are, that’s wrong”. (White British father with a Chinese wife: Caballero et al.2008)

“I think we both are really firm believers in them finding their own path and knowing their way. So anything I would pass on, I would always make sure that [our daughter] understood that this was one way, that she will find her own way and she will intuitively know her own way”. (Mixed white Lebanese mother with white British husband: Caballero et al. 2008)

Some parents understand their children’s different racial, ethnic and faith backgrounds as key parts of their identity, and they use a ‘mix’ approach to emphasize all aspects.

“When we had the kids it was like, OK, you are mixed so you need to know where you’re from. So we have three flags there [Irish, Jamaican, English]. We celebrate our celebrations…We make a big deal of you’re this, this and this. No one can change that. This is who you are, be proud of who you are. Don’t hide it from anybody. You are. And if someone says to the kids, ‘what are you?’, they quite happily say, ‘I’m a little bit English, I’m a little bit Jamaican, I’m a little bit Irish’”. (White Irish Catholic mother married to a mixed Jamaican and white British man from Church of England background: Caballero et al. 2008)

“We will raise our children based on both of our Jamaican heritage and Ghanaian heritage. She will get the best of both worlds and her identity will be strongly grounded in the rich cultures of Jamaica and Ghana. Shortly after she was born we had the naming ceremony in the Ghanaian tradition and we felt it was important to do that. Then we have already agreed that my wife’s mother will teach her the languages Fante and possibly Ewe as soon as she’s old enough to comprehend the language. She will have a second language other than English. And I know my mum will want to teach her the Jamaican traditions and she has already weaned her with boiled plantain and ackee so she gets an early taste for Jamaican foods”. (Caribbean man with Ghanaian partner: Goulbourne et al. 2010)

“My husband in his culture is very… even if he is not practicing [Muslim] his culture is very strong so it is difficult that he will let things go and I…maybe I do the same. So we have decided to celebrate everything and have decided to educate our daughter in both cultures so we try to celebrate Christmas as well as Muslim Celebrations. Now she is still young but when she’ll grow up perhaps she’ll understand what that means… The idea is that she will choose, I don’t know if she will be able to or if she’ll become totally confused. But the idea is to teach her both cultures and religions. This is the idea, I don’t know if we’ll manage. We’ll do a kind of experiment. ”. (Italian woman with Algerian husband: Goulbourne et al. 2010)

Some parents emphasize one ‘single’ aspect of their children’s ‘mixed’ backgrounds and promote a sense of belonging through it.

“For my daughter to be able to identify herself as African is the first and foremost … For her to know that she belongs somewhere, which is maybe Ghana where I’m originally from”. (Black Ghanaian father with a black British Jamaican partner: Caballero et al. 2008)

“Islam is a way of life and that’s how it is, it’s simple and that’s how I’d like to follow them, that’s how I teach [the children]. It’s a simple way o life and they don’t need to do all these designer names and fashion and stuff and everything, I don’t believe in all of that… I just don’t want my kids to go wrong… [I told one of my sons] ‘you are mixed white and Pakistani’, I said ‘you know your religion is Islam, you are a Muslim’. I said to him ‘whatever, doesn’t matter what that boy says, doesn’t matter what color your skin is, at the end of the day anybody could be a Muslim’”. (White British woman converted to Islam and married to Pakistani Muslim man: Caballero et al. 2008)

“We believe that our relationship with God is paramount, and god is really the pinnacle of what we are doing… The main thing is obviously to get [our children] to know who they are and not what they are! … As they grow into young men I’ll instill into them that God made them and it’s not what other people say they are”. (Mixed white British and Italian Christian married to Black British Christian woman: Caballero et al. 2008)

For more information on creating a sense of identity in children from different racial, religious and cultural backgrounds read the focus article here.

For references and further reading on mixed families click here.

Did you know this about money?