What Other Couples Say About Getting on Better with my Partner 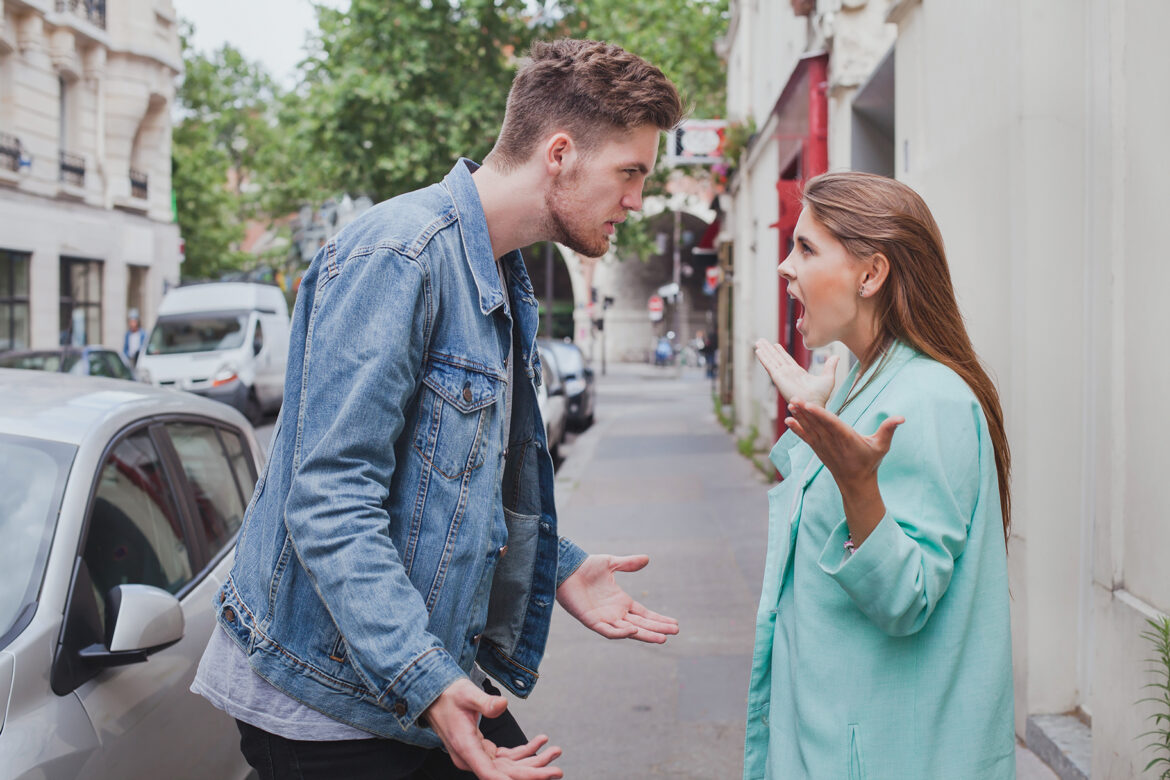 Do you ever find you and your partner just don’t get along? Do the smallest disagreements sometimes turn into blazing rows? Living together and dealing with all the stresses and strains of work and family often make it difficult for us to appreciate our partner. Even the things we used to admire can suddenly seem annoying.

All of us argue with our partners and below you will find some examples of what other couples say about arguing.

Martina, Stratford
“When a fight starts you lose a bit of self-control and you only think of yourselves. You forget the kids, get caught up in what YOU feel or in reacting to your partner. Then when it’s all passed you just feel exhausted or relieved and forget the children haven’t had that experience. But I think you have to recognize what they’ve seen and heard. I say something they understand like “Daddy was a pooh head but mummy’s forgiven him!” Treating it like that gets everyone laughing. Even him!”

Helen, Chigwell
“…we had serious money problems. It was a tough time and if I’m honest neither of us handled it well…. we kept blaming each other. We didn’t want the children to worry so we didn’t tell them anything… my mother told me that our son had asked her if we were splitting up. My husband and I sat down with the children and gave them the simple facts, that money was tight which meant we had to work harder and as we got tired we got grumpy. I think it reassured them that we were going to sort it out. It was a relief to share it as a family”.

Sam, Bedford
“I wish she’d say when she isn’t happy so I could do something. I think things are alright and then whoosh she explodes… then it’s a million things that she has been saving up to cover me in. And though she might have a point I’m not going to say that am I?”

Carmen, Leicester
“The first time Sol visited my family for dinner he was really shocked. As soon as we arrived my mum and dad started arguing about the meat… was it cooked enough? I thought it was funny, so typical of them. Sol told me later he felt really awkward… His parents don’t shout like that, don’t argue at all really, so I see now why he was shocked.”

Dee, Essex
“I used to feel that we had to agree… want the same things, enjoy the same things and when we didn’t I’d say to him ‘that’s it, it’ll never work’. We never agree about holidays. I want to laze in the sun and he wants lots of activity… it’s taken me a while to see it but I like the way he makes me do things and he says I help him to relax.”

Paul, London
“We went through a stage where we argued an awful lot; we couldn’t walk home without arguing. We even argued about which dog we were going to have when we married.”

Samantha, Norfolk
“It is mainly the disagreements that will sort things out when you actually talk about how you are feeling…When something goes wrong and you have an argument, that is when you are actually telling the person how you feel.”

Becca, Taunton
“When we first married it was always me saying something was wrong and him saying he would do better. As time went on he got fed up with it and I began avoiding the upset of sorting it out – the talk, the tears and then the making up. I started leaving things but then they didn’t get sorted. It’s hard to stay close then. Now… he will sometimes raise problems and I am much better at accepting him – the good bits and the bits that will never change. I can ignore some stuff – but there are still times when we have to sort things even if we just shout at each another. You just have to clear the air and not go into a major sulk.”

Sue, Kent
“I find our arguments quite reassuring. It’s a part of the attraction thing for me and Mike. After 13 years together we haven’t lost interest in fighting our corners.”

Sandra, Shropshire
“There is a definite pattern to our fights… it’s mainly me, I get anxious about something and then I have a go at him. He stands up for himself but he doesn’t wind me up, he takes me seriously. After a bit, I just calm down. He gives me space for a bit and then checks to see I’m OK. ‘Want a cup of tea love?’ that sort of thing.”

Jenny, Cheltenham
“Our life has been one long argument – morning, noon and night! We argue for breakfast, lunch and dinner. We argue about everything. We bicker, argue, yell, though there’s never been any physical violence at all.”

Kendra, Hayes
“We don’t really have an argumentative relationship. We will bicker maybe, and though I hate to say it I am the one who stands their ground. I’ll think “No, hang on a minute” and tell him what I think. He is normally the one who says sorry in the end, although if I am in the wrong I do admit to it.”

What children say about … their parents arguing

Jake, aged 9
“When they argue they forget us, don’t remember when it’s bed-time. We get to stay up late and watch telly! One of them realizes, they go mental and blame each other… it starts again.”

Ben, aged 11
“My dad is most times very easy going but when something annoys him he can explode. It can be really scary but Mum says he’s just like that and she isn’t scared.”

Alice, aged 14
“After I went on holiday with a school friend I realized my parent’s row well. My friend’s parents bickered all the time and it never got sorted – just left. It made me feel quite uneasy. My parents argue but it doesn’t bother me because it is, like, they disagree, things get said, things get sorted and then it’s over.”

Sammy, aged 6
“I don’t like my mum and dad shouting but I do like it when it’s over. They have a cuddle and get nice again.”

One in four not happy in their relationship