Should Parents Avoid Arguing in Front of Children? 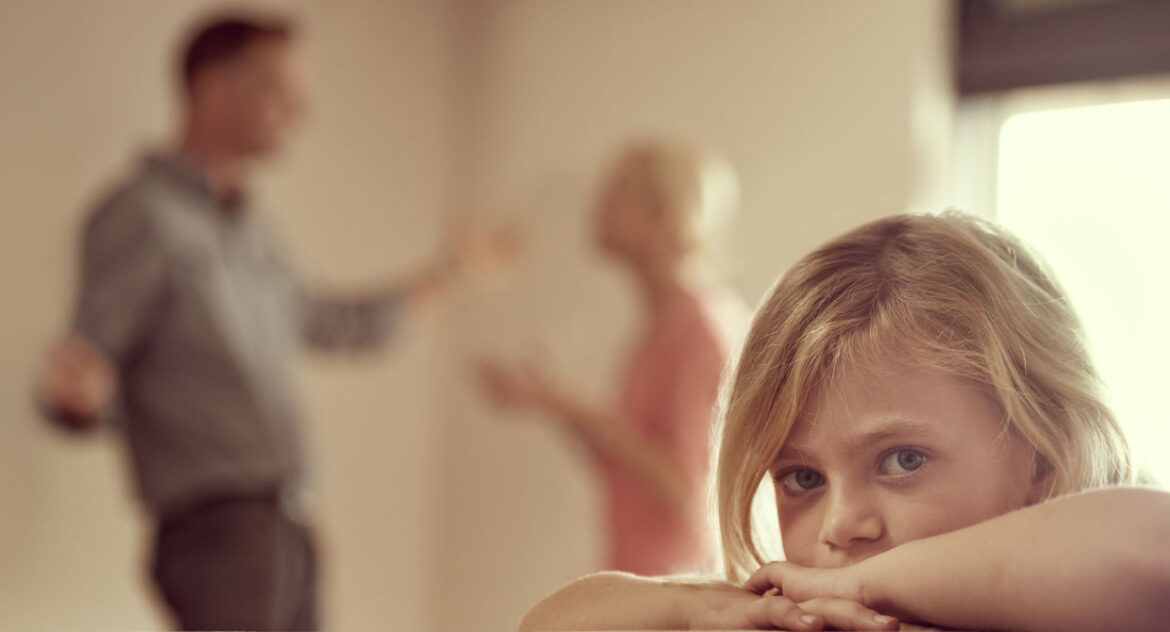 OnePlusOne director Penny Mansfield and parenting author Liz Fraser talk to 5 News about the effects of arguing in front of children.

Read more about how destructive arguments put children at risk on our blog. For tips on how to argue, try our free How To Argue Better course.

Read the full transcription below:

Emma Crosby: Penny, so just briefly, what’s wrong with arguing in front of children coz we all do it don’t we?
Penny Mansfield: Yes we all do it, what the research shows, which is international research – over 200 research studies – is that there are different types of conflict and it’s really trying to alert parents to the fact that very destructive conflict is an absolute no no, but constructive conflict where people argue in ways that children can learn from, is really what they should be focusing on.
Emma Crosby: I think people will be very surprised to hear about some of the side effects – anxiety, headaches and stomach pains, fair enough. But stunted growth? Really?
Penny Mansfield: Well, that’s in an extreme. Destructive conflict if it’s verbal and physical abuse can be extremely upsetting for children and can set off all types of patterns to do with the endocrine systems and everything else. But I think the main message for most parents is that children do not like seeing their parents argue particularly if it leaves them uncertain about what it all means So the constructive way is really where you show the children you have sorted it in some shape or form
Emma Crosby: Liz, as a parenting expert, this is all common sense at the end of the day isn’t it? What do you think of it?
Liz Fraser: I would agree. I think it is largely. I think it’s important for parents to remember – because we all feel terrible when we argue in front of our children, we really hate it. It’s not a pleasant thing. We all remember it from childhood. But, unpleasant things are a part of life and it’s quite important in a way for children to observe people arguing and disagreeing and actually losing their temper and shouting at each other, so long as it becomes a constructive thing and they see it can be resolved. I think we’re very frightened; many parents are frightened of doing so-called bad things in front of their children, as if this is always a bad thing. Children do need to learn about conflict, otherwise you get to a point where you get to your first big argument, if you’ve never observed that before, you don’t know how to deal with it.
Emma Crosby: It seems parents are frightened of doing anything these days after all these surveys. Some of our viewers, Penny, Lisa Nadin via Facebook says: ‘Anyone who says they don’t argue aren’t being very honest. A good constructive row clears the air and shows children that you care’. And Joel Taylor says ‘Bottling up is way more damaging,’ And Joel is right because if you hear…
Penny Mansfield: Absolutely
Emma Crosby: If the children go to bed and the parents are arguing downstairs that’s more destructive isn’t it?
Penny Mansfield: The research shows all of that. One of the most destructive forms of conflict is the silent treatment where the parents don’t shout at each other, they just don’t talk to each other, and they say things like ‘Well you tell your mum’ or ‘You tell your dad’. The key thing that your viewer has said is constructive.
Emma Crosby: Hayley Fetcher via Facebook also says, this is a good one for you Liz, ‘If you have a row, you should try and do it when your children aren’t present.’ I mean, is she right do you think? Because again, instead of shielding your children from everything, maybe a family debate is a health thing to…
Liz Fraser: I’m sure she’s coming at it from a very well-meaning point of view if you know what I mean. Yes, I would agree that you would want to avoid doing it in front of your children. But children are very perceptive and they know, they feel an atmosphere and they know it. So it really is important for them to understand that this does flare up, but the idea of resolution for them to be present for that as well, when mum and dad are making up at that point. But yeah I shout, my husband and me we row in front of our children
Emma Crosby: It would be weird if you didn’t would it
Liz Fraser: Yes exactly
Emma Crosby: So Penny, what’s the answer then? What’s the answer to not quarrelling or doing it in a way that’s constructive?
Penny Mansfield: It’s not about not quarrelling, I mean the point is
Emma Crosby: So what’s the advice?
Penny Mansfield: Disagreement is a part of family life, and actually one of the things that attracts us to being in a family is that we are different
Emma Crosby: How do you row with your husband then, constructively?
Penny Mansfield: Um, I’ve been married for far too long to worry about how I do it in that sense
Emma Crosby: And in front of your children, if you have them, how do you cope with it?
Penny Mansfield: Well, I think basically what you do is, if you’ve got something that irritates you it’s about how you put it over, it’s about the skills you use, how you manage your emotions and how you make sure that your children are not exposed to the extreme forms of behavior that are very upsetting
Emma Crosby: Just briefly Liz?
Liz Fraser: And one last point, if parents can remember not to do each other down in front of their children. That’s a really nasty trap we all fall into it and it’s very very destructive for children. You know, you say ‘Well your dad always does this. Interestingly, what they do, you want them to side with you and what they do is they go and side with the other person, the person you’re being nasty about in front of them, so it’s really bad all around
Penny Mansfield: The key thing is how to argue better, go to www.thecoupleconnection.net which is our evidence-based service for parents.

Making a Commitment – Understanding Each Others Goals and Dreams

Having an affair but can’t leave marriage